The VW ID Buzz is expected to go on sale in 2023 in the US. The production version hasn’t been unveiled yet, but the ID Buzz concept, unveiled in 2017, was clearly modeled on the beloved VW bus of the 1960s and ’70s.
“It will significantly contribute to enhancing the appeal of the Volkswagen brand, reloading it with emotions and love, particularly in the US,” VW chairman Herbert Diess said in a presentation. 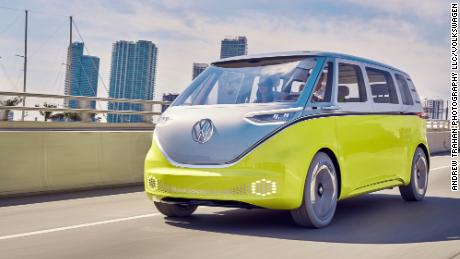 The VW ID Buzz was designed with US consumers in mind because of the fond memories Americans have of the original VW Type 2, better known as the Microbus, Diess said. That flat-fronted bus with a four cylinder air-cooled engine in the back was a favorite among campers, big families and, famously, counterculture road-trippers. 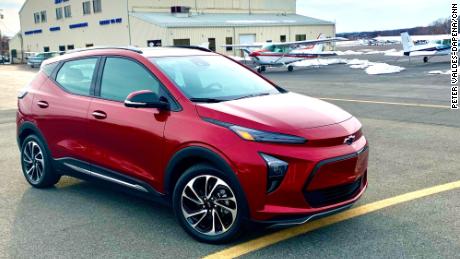 Volkswagen and GM take on Tesla with new compact electric SUVs
Besides the Volkswagen brand, the VW Group (VLKPF) also includes Audi, Bentley, Porsche and Lamborghini. Currently, those five brands under the VW umbrella have a total of 4.6% of US market share, according to Cox Automotive. VW hopes to increase its total US market share to 10% by 2030. That would be roughly equivalent to Honda’s market share in the US today, according to Cox Automotive.
Read More
VW Group is shifting toward electric vehicles, which the company expects to make up half its sales globally by 2030. The company sees this as an opportunity to gain further footing in places like the US, where some competitors aren’t shifting to electric vehicles as fast, Diess said.
Besides being all-electric, VW also expects the ID Buzz to be at the forefront of the company’s autonomous driving plans. The ID Buzz will be used in a self-driving taxi service that VW plans to begin testing in Hamburg, Germany, in 2026. The bus will also be available in cargo-carrying versions. 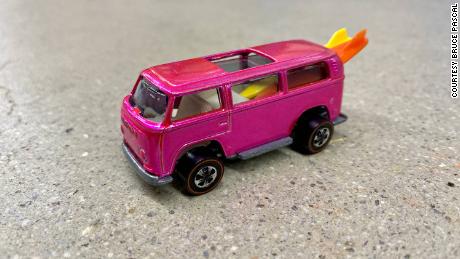 This might be the most valuable Hot Wheels car in the world
The VW ID.4, an electric compact SUV, went on sale in the US earlier this year. It has been selling well, according to VW. Audi sells the E-Tron and E-Tron Sportback SUVs, the E-Tron GT four-door car and will begin selling two more electric SUVs by the end of this year. Porsche offers the Taycan, a high-performance four-door electric car.
Besides Tesla (TSLA), currently the market leader in electric vehicles, Volkswagen will be competing against General Motors and Ford in the US. Both of those companies, along with smaller competitors like Volvo, also plan to introduce more electric vehicles in the US. Diess said VW could overtake Tesla in global electric vehicle sales by 2025.

Germany’s Volkswagen Group hopes to more than double its market share in the United States by 2030, and it’s counting on a cute electric remake of its classic VW Microbus to help it get there.