“I am happy to be able to keep the Sunday appointment of the Angelus, even here from the Gemelli Polyclinic,” the Pope said speaking from a balcony of the Gemelli University Hospital in Rome where he is currently recovering.
“In these days of being hospitalized I’ve experienced once again how important a good health care is, accessible to all, as it is in Italy and in other countries. A health care system that is free, that assures good service accessible to everyone,” he said. 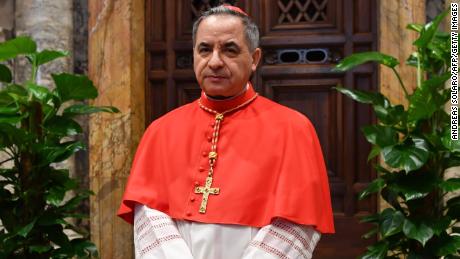 Vatican indicts 10 people, including a cardinal, over an international financial scandal
The Pontiff also said his prayers had often gone to Haiti in the last few days, after the assassination of the President and wounding of his wife.
The 84-year-old pontiff entered surgery in Rome’s Gemelli hospital last Sunday, hours after conducting the traditional Angelus prayer in St. Peter’s Square.
Read More
The pontiff is gradually resuming work, is walking, his blood tests are “satisfactory” and “he is continuing the prescribed treatment” following last week’s surgery, a spokesperson for the Holy See said on Saturday. He is expected to be released from hospital in the next few days. 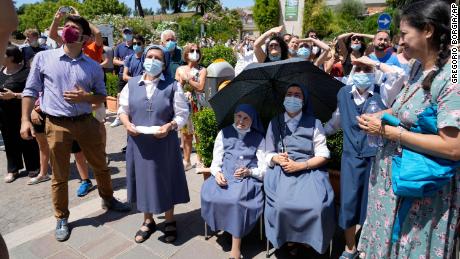 The procedure was “a scheduled surgical intervention for a symptomatic stenotic diverticulitis,” according to a statement from the Holy See communications office at the time.
Diverticulitis is an inflammation caused when people develop small sacs in the walls of the colon.
The sacs or pouches are called diverticuli. It’s usually symptomless, but can cause discomfort and, sometimes, bleeding.
It’s a common condition affecting more than half of adults in the United States, according to the US National Institutes of Health, and is more common as people age.

Pope Francis appeared in public on Sunday for the first time since undergoing surgery for colon diverticulitis last week, as he held his weekly Angelus prayer from a hospital window.