In that case, you likely made an amazing investment because you could now possibly sell your one-year-old car at a profit or, at least, get back nearly what you paid for it, according to an analysis Edmunds.com conducted for CNN Business. 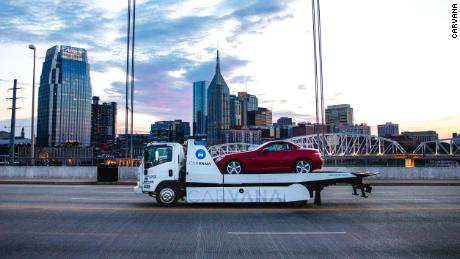 How Covid has changed the way used cars are sold
Normally, a dealer selling a one-year-old used car will get about 80% to 85% of its original price, according to Edmunds.com. But, according to the site’s most recent figures, car dealers can now sell one-year-old used cars for about 95% of the original price. That’s the average. And some used cars and trucks are worth even more than they cost when they were new.
What makes your Jeep Wrangler, Subaru Ascent or Honda Civic worth more than it was when it was brand new a year ago is the simple fact that it exists. It is a car that has already been built, at a time when there is enormous demand for cars and SUVs and not enough inventory to meet that demand. Due to disruptions in supplies of crucial computer chips, auto makers are having trouble making new cars.
In one extreme case, a 2020 Chevrolet Corvette is worth $26,000 more than it was as a new car a year ago, according to the analysis by Edmunds.com. People were paying, on average, about $81,000 for brand new Corvettes last summer. (That was slightly above sticker price.) The current retail value of a one-year-old used Corvette is about $107,000, according to Edmunds.com.
Read More
Jeep Wranglers that were bought last summer are worth, on average, about $3,200 more now, according to Edmunds.com. A Subaru Ascent is worth roughly $1,600 more and a Honda Civic is worth about $1,700 more.
Two factors are creating this weird, backward-seeming price differential: Low prices for new cars a year ago, and high prices for used cars now, said Drury.
New car customers were scarce a year ago as car shopping became difficult during the coronavirus lockdowns and many people became insecure about their financial futures. New car inventories were high at the time and car dealers were willing to negotiate, said Drury. That led to low prices for those cars.
That situation is now reversed. Customers have come back into the market looking for cars that, because of supply chain delays and disruptions, just aren’t available. Your used car, then, is starting to look very, very good. If your car dealer is sending you letters asking if you’d like to sell back that car you only recently bought, this is why. Given the extraordinary demand for cars at the moment, if you have a good one to sell — particularly if it’s even close to new — you are in a very good bargaining position. 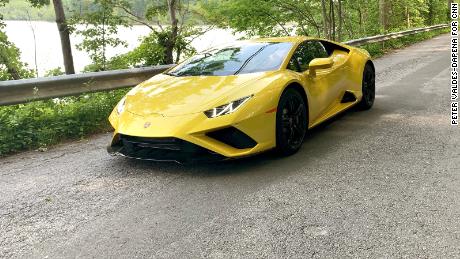 Sales of Bentleys and Lamborghinis are booming because rich people are bored
Don’t expect to get these sort of markups if you’re selling a car yourself or trading it in, though. The used car values in Edmunds’ analysis reflect what a used car dealer could sell the car for. If you sell the car yourself, either to a new owner directly or to a used car dealer, you’ll generally get somewhat less than a dealer will get for selling the car. These sorts of transactions are difficult to reliably track on a broad basis, though, said Drury, so Edmunds.com did not have estimates for prices in these sorts of situations.
If you trade your car in to a dealer while buying a new car, you’ll get substantially less — between 5% and 15% less — than its full retail value, according to Edmunds.com.
The Corvette, for instance, is worth only about $10,000 more than its original purchase price as a trade-in, according to Edmunds.com.
In most cases, even cars that have gained in full retail value since they were purchased a year ago will still net a little less than their purchase price as a trade-in. Jeep Wranglers, for instance, will get about $2,300 less than their original purchase price if sold back to a car dealer. A Honda Civic, about $1,200 less than its original price. Those are small amounts, though, compared to the financial hit a car buyer would usually take when trading in a car after one year. Normally, someone who traded in a car after a year could expect to lose about 20% to 25% of its value, Drury said.
Pickup trucks, particularly heavy-duty trucks, are especially prone to this upside-down value equation. Part of the reason is the increased popularity of camping, said Drury, which has people looking for big trucks to tow their new RVs. A Ram 2500, for instance, is worth about $5,200 more even as a trade-in than its average purchase price a year ago. An F-250 can be traded in for about $3,300 more, according to Edmunds.com.
This weird situation is not likely to end soon, said Drury. Even if car companies are able to refill their supplies of computer chips, the level of production will take a long time to catch up with all the demand.
“I give people a year before they see dealership lots look like what they’re accustomed to,” he said.

Typically, a new car is considered a bad investment because it loses a big chunk of its value the minute you drive it off the dealer lot. That’s unless you bought that new car during the pandemic.