Food and fuel is running out in the capital of Ethiopia’s war-torn northern Tigray region, a CNN producer on the ground in Mekelle reports.

A communications blackout in the region, in place since Ethiopian forces withdrew and announced a unilateral ceasefire last week, has made it difficult to determine the situation in Tigray and its capital Mekelle. But on Saturday, CNN was able to reach its producer on the ground who reports a blockade on Tigray by Ethiopian forces has been ongoing since June 25.

All air travel into Mekelle has been halted by the federal government and eyewitnesses tell CNN that Amhara militia and Ethiopian government forces are obstructing roads out of the city. There has been a full services blackout there – power, phone, internet – for nearly a week, CNN’s producer reports.

Because of the power outage most homes have no running water. Banks cannot operate as their network is down, so people have no access to their own money, CNN’s producer added. 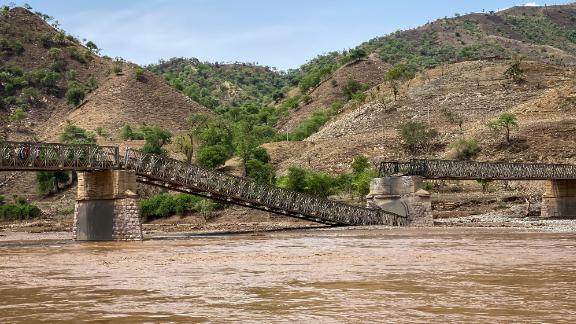 UN spokesman Stephane Dujarric said in a statement on Friday the World Food Programme (WFP) had been able to resume some of its operations in Tigray after fighting halted the emergency response.

“However, serious challenges are threatening the entire humanitarian response in the region,” he said. “Electricity and telecommunications remain cut off and banking services are still not available. While road access from and to Tigray for humanitarian supplies remains blocked, staff movement from Mekelle to Afar was possible yesterday [Thursday],” Dujarric said.

“Meanwhile, five UNICEF trucks with water, sanitation, hygiene, health and nutrition supplies are waiting to enter Tigray pending approval from federal authorities. There are still no flights in and out of the region though the Government of Ethiopia has today announced the possibility of UNHAS flights resuming this weekend,” he added.

With the destruction of the Tekeze Bridge on Thursday, and the months-long destruction of farms and agricultural implements that prevent farmers from planting, by Ethiopian, Eritrean and Amhara militia forces – as attested to by the UN and other aid agencies – there are real worries that food will start to run out. 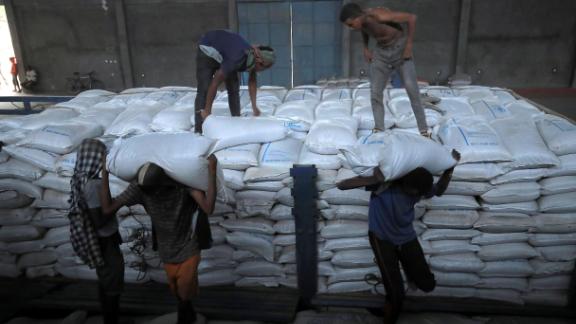 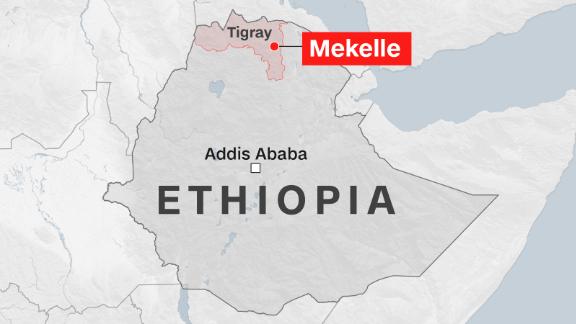 “The destruction and vandalization of vital infrastructure are seriously threatening the provision of humanitarian assistance to people in need and access of civilians to essential services, goods and livelihoods. All parties to the conflict must protect civilians and civilian infrastructure in compliance with international humanitarian law,” the UN spokesman urged following the destruction of the Tekeze bridge.

There are extensive fuel lines at the few gas stations across the city that are still open but most stations have already closed, CNN’s producer on the ground added.

“It is urgent to get additional staff and supplies into Tigray, restore electricity, telecoms, and ensure the availability of cash and fuel for the continuity of humanitarian operations,” a UN OCHA (United Nations Office for the Coordination of Humanitarian Affairs) spokesperson in Tigray told CNN on Saturday.

In a statement ahead of the UN Security Council’s first open meeting on Tigray on Friday, Oxfam said: “There are now more than 350,000 people in a hunger catastrophe in Ethiopia, and this is a crucial time for farmers to plant crops. If they aren’t safe to do so, it will continue the cycle of hunger and have deadly consequences for months to come.”

At the UN Security Council meeting on Friday, United States ambassador to the United Nations, Linda Thomas-Greenfield, said: “Humanitarian workers are reporting that it is more difficult to reach desperate people in Tigray now than it was just a week ago. Such acts, if verified, are not an indication of a humanitarian ceasefire, but of a siege. The Ethiopian government can and should prove this analysis wrong by providing unhindered movement of humanitarian supplies, commodities, and personnel into, and throughout Tigray. If they do not we believe hundreds of thousands of people could starve to death.”

Thomas-Greenfield said “a meaningful ceasefire deal would affirm the redeployment of forces and the complete withdrawal of Eritrean troops, and Amhara regional forces, it would facilitate unhindered humanitarian access. It would affirm neither the internal nor external borders of Ethiopia will be changed by force, and in contravention of the Constitution, and it should lay the groundwork for discussions toward political solutions to the crisis.”

A UN Humanitarian official, Ramesh Rajasingham, told the Security Council: “WFP has enough food for only 1 million people for the next month in Mekelle. This is a fraction of what we need for the 5.2 million people who need food aid. However, we have also almost run out of health, water, sanitation and other non-food items kits. Food alone does not avert a famine. Water, sanitation and nutrition supplies are essential in such a response. We also desperately need to prevent a cholera outbreak or people dying from other communicable diseases.”

The Ethiopian Ministry of Foreign Affairs said in a Friday statement that the international community should urge Tigrayan forces to abide by the unilateral ceasefire, adding that Ethiopia cannot afford to guarantee the protection of humanitarian operators in Tigray “unless the terrorist element in the region is forced to accept the ceasefire.”

Meanwhile, Ethiopia’s Ambassador to the UN, Taye Atske Selassie, told the Security Council “the decision to cease military operation is hoped to create a conducive environment for humanitarian operations in Tigray and also pave the way for an inclusive national dialogue.”

Additional reporting by CNN’s producer on the ground in Mekelle, Ethiopia, whom we are not naming for their safety. Nima Elbagir reported from London. Richard Roth reported from New York. Sarah Dean wrote in London.

Food and fuel is running out in the capital of Ethiopia’s war-torn northern Tigray region, a CNN producer on the ground in Mekelle reports.