His warning came one week after the island reported the largest daily incursion by Chinese military planes into Taiwan’s self-declared Air Defense Identification Zone (ADIZ).
The incursion — by 28 Chinese warplanes including fighter jets and bombers — did not violate Taiwanese sovereign airspace or international law, but it was seen as show of strength by China’s People’s Liberation Army.
“As Taiwan decision makers, we cannot take any chances, we have to be prepared,” Wu told CNN in Taipei on Wednesday. “When the Chinese government is saying they would not renounce the use of force, and they conduct military exercises around Taiwan, we would rather believe that it is real.”
Wu, who has served as minister of foreign affairs since 2018, was accused by Beijing in May of being a “diehard separatist” after remarks he made during a news conference that Taiwan would fight “to the very last day” if attacked by China.
Read More
“Stopping ‘Taiwan independence’ is the necessary condition for maintaining peaceful cross-strait relations,” said Zhu Fenglian, a spokeswoman for China’s Taiwan Affairs Office. “Joseph Wu has repeatedly and arrogantly provoked ‘Taiwan independence’ … we will take all necessary measures to severely punish such ‘Taiwan independence’ diehards for life in accordance with the law.”
In response, Wu told CNN he is “honored” to be targeted by Communist authorities in Beijing. “Authoritarianism cannot tolerate truth. If they continue to say that they want to pursue me for the rest of my life, I’m not really concerned about that,” he said. 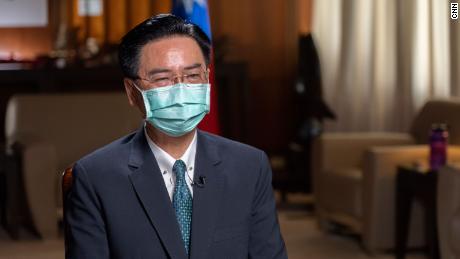 Taiwan and mainland China have been governed separately since the end of a civil war more than seven decades ago, in which the defeated Nationalists fled to Taipei.
However, Beijing continues to view Taiwan as an inseparable part of its territory even though the Chinese Communist Party has never governed the democratic island of around 24 million people.
In 2019, Chinese President Xi Jinping called on Taiwan to embrace “peaceful reunification” with mainland China, but refused to rule out the use of force. The threat of military action, especially in regard to what the Communist Party refers to as “separatist” activities remains a constant threat to Taiwan.
A fragile status quo emerged almost 30 years ago, when Beijing and Taiwan’s then-ruling Nationalists acknowledged a “one China” stance that has since been interpreted differently by the two sides. Putting politics on the backburner did allow cross-strait economic and cultural exchanges to flourish in the years since.
However, Taiwan’s current leader, President Tsai Ing-wen, and her party have long rejected what’s known as the “1992 Consensus.” Instead, she has repeatedly urged Beijing to recognize Taiwan’s sovereignty and the wishes of its people.
Wu said Taiwan cannot accept unification with China, especially as events in Hong Kong had shown that safeguarding Taiwan’s sovereignty is crucial to protect its position as the world’s only Chinese-speaking democracy.
He said the imposition of the national security law in Hong Kong, drafted by the ruling elite in Beijing, has been used to silence the city’s pro-democracy movement. The sweeping law criminalizes what authorities deem to be acts of subversion, secession and collusion with foreign forces, and has been used to erode press freedom and imprison pro-democracy activists and government opponents.
“If you look at the situation in Hong Kong, it is a modern tragedy,” Wu said. 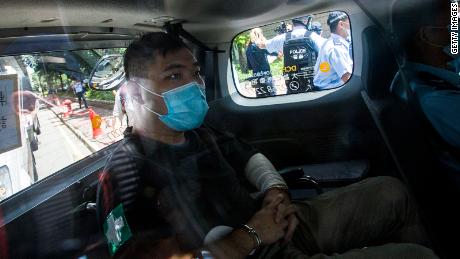 Hong Kong’s first trial under new national security law begins without a jury
He pointed to the shutdown of Hong Kong’s largest pro-democracy tabloid, Apple Daily, as a sign of China’s growing intolerance toward freedoms in the special administrative region.
“The Apple Daily in Hong Kong is a symbol of independent journalism, and the Chinese government’s motivation is to knock down that symbol. It is very sad for me to see what’s happening,” Wu said.
“Taiwan is already a democracy,” he added. “When an overwhelming majority of people here in Taiwan is saying no to one thing, no political leader is going to entertain that idea.”
Wu pointed out that Taiwan’s population wants to maintain the status quo: a democratically elected president and parliament, a separate military force, and the authority to issue its own visas and passports. “The status quo would include Taiwan not run or ruled by the People’s Republic of China,” he said.
Wu also stressed Taipei is willing to work toward achieving peace across the Taiwan Strait, and he called on Chinese leaders to jointly strive for a sustainable and peaceful coexistence.
“I think it is a joint responsibility between Taiwan and China to have a peaceful and civil relation between the two sides, and also for a dialogue to take place,” said Wu.
“People here in Taiwan want peace, and that is what the government of Taiwan wants as well,” he said. “And other than peace, we also want dialogue between Taiwan and China. But of course, it takes two to tango.” 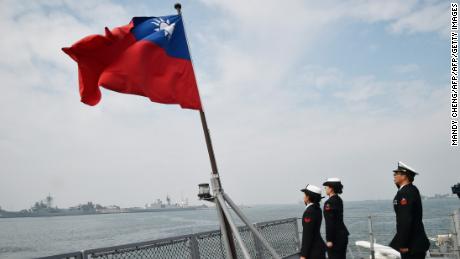 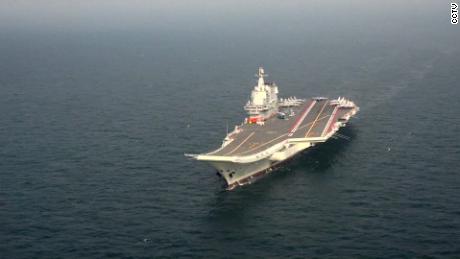 US military gets ‘laser focused’ on keeping up with China
China’s Taiwan Affairs Office has previously called Taiwan’s accusations “imaginary” and suggested the island should “stop playing political games” to distract attention from its most severe Covid-19 outbreak since the pandemic began.
Wu also stressed Taiwan’s importance amid China’s growing territorial ambitions over the South China Sea and beyond.
“It’s about Chinese authoritarianism trying to expand its own influence … Far beyond its borders, even into the Western hemisphere,” he added. “They want to exercise their authoritarian rule and impose the authoritarian international order.”
Wu said, while China spends around 15 times Taiwan’s budget for defense, the island is reforming its military to boost and evolve its own military capabilities.
“We have to engage in asymmetric warfare, so that China understands that there is a certain cost that it has to pay if they want to initiate a war against Taiwan.”