“In the last two years we have witnessed and overcome a good number of tests and challenges” that are “especially related to our collective security,” Buhari said during a televised address marking the country’s Democracy Day.
“Let me assure you, my fellow citizens, that every incident, however minor, gives me great worry and concern. We will, by the grace of God, put an end to these challenges,” he said.
Buhari, who campaigned on a platform to end terrorism and violence by armed groups, has come under increased criticism over continuing deadly attacks in the northeast and southeast that have resulted in an economic and a humanitarian crisis. 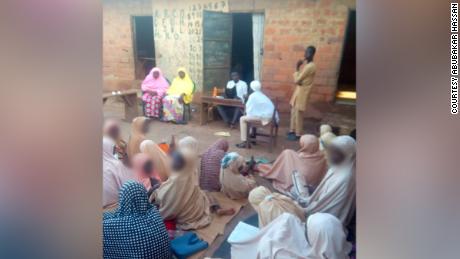 Parents fear for kidnapped children, some as young as 4, after latest school raid in Nigeria
Kidnappings of schoolchildren have also increased in recent months, with more than 800 students abducted since December.
Read More
During his speech on Saturday, Buhari also said his government is taking steps to address youth unemployment and poverty but admitted “there is much more to be done and we are doing our best.”
Activist groups have called for Democracy Day protests and people took to the streets in several parts of the country on Saturday, including in the capital Abuja, where protesters gathered holding placards, saying “Buhari must go.” 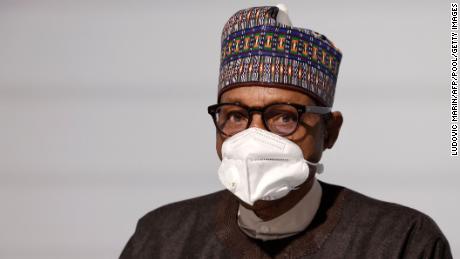 There were also protests in the southwestern city of Ibadan. Olumayowa Okediran, member of the Students for Liberty group, who was at the protest in Ibadan, told CNN that young people are tired of Buhari’s administration.
“We do not want to live under a tyrannical government that bans Twitter at a whim. We don’t want to live in a country where the police brutalizes us,” said Okediran.
Last week the Nigerian government said it had “indefinitely suspended” Twitter’s operations in the country.
The statement, posted on the Ministry of Information and Culture’s official Twitter handle on June 4, accused the American social media company of allowing its platform to be used “for activities that are capable of undermining Nigeria’s corporate existence.”
The suspension came two days after Twitter deleted a tweet by President Muhammadu Buhari that was widely perceived as offensive.
In that tweet on June 1, the Nigerian leader threatened to deal with people in the country’s southeast, whom he blames for the recurring attacks on public infrastructure in the region.

Nigeria’s President Muhammadu Buhari acknowledged Saturday the increased violence by armed groups in the northeast of the country and vowed to “soon bring some of these culprits to justice.”