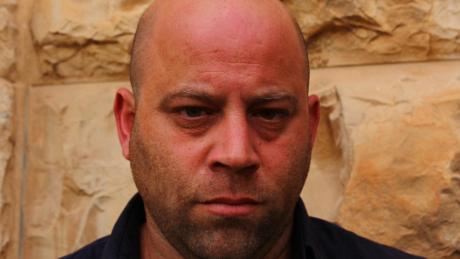 Bennett announced that he would be forming a national-unity government with Yair Lapid, the leader of the centrist Yesh Atid opposition party. The parties opposed to Netanyahu not only have a majority in Israel’s parliament, the Knesset, but they are now actually working together. This may spell the end of Netanyahu’s long period in power — 12 years since he returned to office in 2009, 15 years in total. But it would be premature to pronounce the end of Israel’s Netanyahu Era.
For a start, Netanyahu is still prime minister and unlikely to leave his official residence in Jerusalem without a fight. He may have lost any prospect of mustering a majority of his own, but he seems certain to continue exerting every ounce of pressure on wavering members of the opposition, including allowing proxies like his son Yair and his social media manager Topaz Luk to amplify the toxic social-media campaigns against Bennett and members of his Yamina party that have fueled angry protests outside their homes accusing them of being “Leftist Traitors.” The new Bennett-Lapid government may not even make it to its inauguration with a majority intact.
Even if they succeed in keeping their coalition together and Bennett is sworn-in as Israel’s next prime minister, Netanyahu is going nowhere. He remains leader of Likud, Israel’s largest party, and he’s unlikely to give up that position. Although he’s facing criminal charges of bribery, fraud and breach of trust — all of which he has denied — his trial is expected to take years. And Israeli law would allow him to serve again as prime minister while the case is continuing. Nor is there any Likudnik on the horizon with anything coming close to his popularity, who can threaten to unseat him. 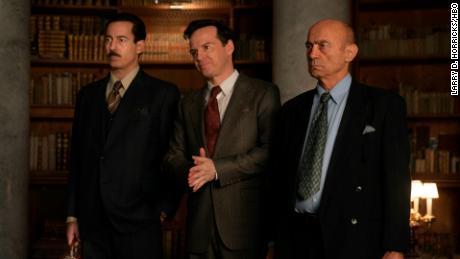 What the real-life ‘Oslo’ tells us about the dream of Israeli-Palestinian peace
As the leader of the opposition, with a considerable hardcore of fanatical supporters still intact, Netanyahu is sure to be daily plotting another comeback, awaiting any slip-up of his successor and exploiting discord in the unwieldy new coalition of wildly diverse and disparate parties. Yet another election — the fifth in two years — could be just around the corner and Netanyahu remains a constant campaigner, even at 71.
Read More
Those who expect Netanyahu’s stature and ability to dominate Israel’s agenda to be severely diminished if he’s pushed out of office could end up sorely disappointed. For many Israelis, Netanyahu will remain the king-in-exile, for years to come. And even if he never makes it back into the prime minister’s office, his stamp on Israel will last for decades.
For a start, the incoming government would be comprised to a large degree by politicians he molded. Bennett began his public career as Netanyahu’s chief of staff and learned how to be a politician from him. Likewise, Netanyahu shaped many of the new government’s senior members — Avigdor Lieberman, Ayelet Shaked, Gideon Sa’ar, Zeev Elkin and others. They may have become his implacable rivals, but they were all his proteges unlikely ever to fully emerge from his shadow.

The Trump-Netanyahu bromance deepened American Jews’ divide on Israel
It’s not just Israel’s political class that has been imprinted by Netanyahu. In pursuit and perpetuation of his power, he has exploited every divide, between Jews and Arabs, religious and secular, Ashkenazi and Mizrahi, stoking historic resentments and playing communities off each other. It will take years, probably decades, for Israeli society to heal.
Meanwhile he has done everything in his power to reverse any progress that was achieved by his predecessors on trying to solve the Israeli-Palestinian conflict. Netanyahu refused to countenance any concessions to the Palestinians, insisting that time is working on Israel’s side. His approach worked under the supportive Donald Trump administration, when four Arab countries were prepared to ignore the Palestinian issue and make peace with Israel, but more recently, tensions have once again exploded into violence in the latest bloody clash with Hamas in Gaza and riots on the streets of Israel.
The new government is united only by the desire to replace Netanyahu. It’s unlikely to be capable of agreeing of any policy going forward on resolving the conflict. Neither is the new government expected to make any radical changes to Israel’s regional policy. It will continue to confront Iran’s nuclear program and proxies, though it may be less vocal than Netanyahu was against the Iran nuclear deal if the Biden administration rejoins it.
Netanyahu’s Israel is at war with itself and far from realizing any peace with its Palestinian neighbors. It will remain Netanyahu’s Israel long after he is no longer its prime minister.

On Sunday night, Naftali Bennett, the right-wing politician who may become Israel’s new prime minister in a week, finally broke cover and lambasted his old boss and mentor Benjamin Netanyahu for trying to lead the state of Israel to his own “personal Masada” — a reference to the Jewish zealots who committed mass suicide rather than become Roman slaves in the first century A.D.