Miguel Mora Barberena, from the Democratic Restoration Party (PRD), was detained on Sunday, accused of committing acts that threaten national sovereignty, according to a statement from police published Sunday.
Mora is a presidential candidate, journalist and owner of the now shut down 100% Noticias TV channel. 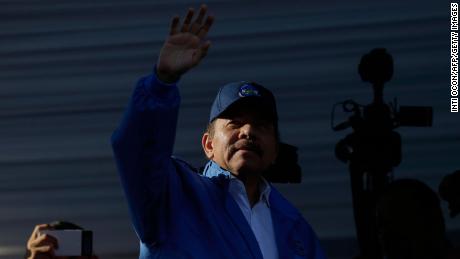 Nicaragua’s democracy is crumbling. It’s been a long time coming
Mora is the fifth presidential candidate detained this month, along with journalist Cristiana Chamorro, who has been under house arrest since June 2; former diplomat Arturo Cruz, arrested on June 5; and political scientist Felix Maradiaga and economist Juan Sebastian Chamorro, both arrested on June 8.
In recent weeks, a total 15 opposition leaders have been arrested and charged with vague, so-called “national security” violations, which human rights groups say is a clear sign that the country’s strong-man leader President Daniel Ortega is doing his best to eliminate dissent and crush any competition ahead of upcoming general elections on November 7, a vote where he hopes to secure his fourth consecutive term as president. 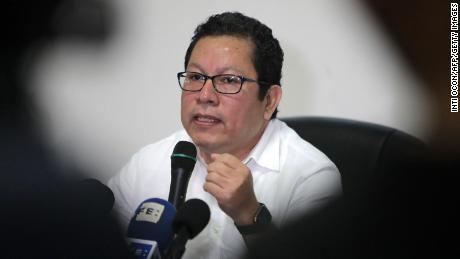 Read More
The crackdown has generated international condemnation. Critics accuse Ortega, along with his wife and Vice President, Rosario Murillo, of eroding Nicaraguan democracy. The first couple have also centralized the executive branch of government and named loyalists to the Supreme Court, the Attorney General’s office and even the Supreme Electoral Council.
Mexico and Argentina on Monday recalled their ambassadors to Nicaragua for consultations, citing “worrying legal actions by the Nicaraguan government.”
“The governments of Mexico and Argentina report that today [they] have instructed their ambassadors to Nicaragua, Gustavo Alonso Cabrera Rodriguez and Mateo Daniel Capitanich, to travel to their capitals for consultations on the worrying political-legal actions taken by the Nicaraguan government in recent days, that have put the integrity and freedom of many opposition figures (including presidential candidates), activists and Nicaraguan businessmen at risk,” read a joint statement from the two countries. 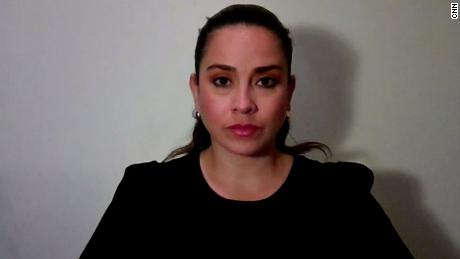 ‘The [Ortega] regime is willing to kill’, says wife of detained Nicaraguan activist
Both countries said they would remain on alert to developments in Nicaragua and would continue to promote full respect of human rights, as well as civil and political rights, and the freedom of speech of all people, regardless of nationality or profession.
Earlier in the month, the US government announced sanctions on four senior members of Ortega’s government, including his daughter, saying they were “complicit in the regime’s repression.”
“The region and the international community must stand with the Nicaraguan people in support of their right to freely choose their government and their freedom from repression and human rights abuses. President Ortega is defying the international community, and we will continue to respond,” said US Secretary of State Antony Blinken on June 9.

Nicaragua’s National Police have detained a fifth presidential candidate, bringing the total number of opposition leaders so far detained to 15 ahead of the November general election.