Within less than a week, and just a few months ahead of a crucial election, the Nicaraguan police have detained five high-profile opposition leaders, according to official police statements.
Three leading opposition figures, Felix Maradiaga Blandon, Juan Sebastian Chamorro Garcia and Jose Adan Aguerri were all arrested on Tuesday, while Arturo Cruz was detained on Saturday. Cristiana Chamorro, another opposition politician, was placed under house arrest on Thursday.
Aguerri is a well-known businessman and former president of the Superior Council for Private Enterprise, a national business federation.
The other four — Chamorro, Cruz, Maradiaga and Chamorro Garcia — have all announced their intention to run against Nicaragua’s President Daniel Ortega in the upcoming election.
Read More
Ortega, a leftist, former revolutionary whose Sandinista rebels overthrew Nicaraguan strongman Anastasio Somoza in the 1970s, is seeking to win a fourth term on November 7. 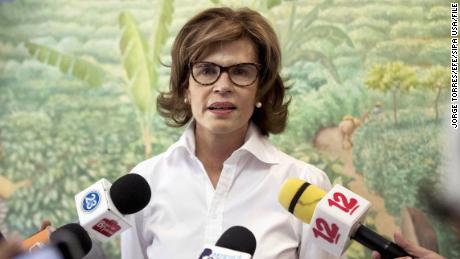 Nicaraguan presidential challenger Cristiana Chamorro placed under house arrest
Ortega’s government has in the past not shied away from cracking down on the opposition. When anti-government protests erupted in the country in 2018, at least 322 people were killed, thousands injured and hundreds detained in just four months. At that time, UN human rights experts accused the government of human rights violations in dealing with protesters.
Ortega said the UN report was “nothing more than an instrument of the policy of death, of the policy of terror, of the policy of lying, of the policy of infamy.”
As reports emerged on Tuesday evening of the detention of opposition leaders, former Costa Rican president Laura Chinchilla wrote on Twitter, “this is the night of the long knives in the tropics.”
On Wednesday, the US imposed sanctions against senior members of Ortega’s regime, including his daughter and the nation’s central bank president, for failing to implement electoral reform and being complicit in “this wave of oppression,” said State Department spokesman Ned Price.
The sanctions will fall on Camilla Ortega Murillo, Ortega’s advisor and daughter; Leonardo Ovidio Reyes Ramirez, the president of Central Bank of Nicaragua; Julio Modesto Rodriguez Balladares, a military general; and Edwin Ramon Castro Rivera, a deputy in the Nicaraguan National Assembly.

Accusations against the detained

All of the three detained on Tuesday were arrested, among others, for allegedly acting “against the independence, sovereignty and self-determination,” according to police statements.
Maradiaga, the first of the three to be detained on Tuesday, was attending a meeting at the Nicaraguan Attorney General’s office when he, his driver and his personal lawyer were held, according to a statement from Maradiaga’s office.
Maradiaga “rejected fake accusation against him and demand his immediate liberation,” his office added in a statement posted on Twitter hours after his arrest. 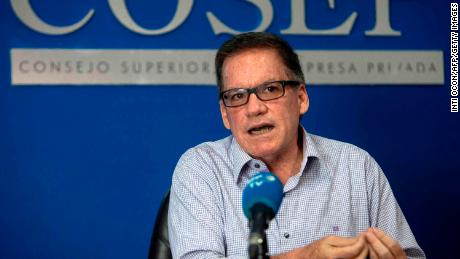 Chamorro Garcia and Aguerri were arrested later on Tuesday. CNN has been unable to reach Aguerri’s and Chamorro Garcia’s legal teams for a response.
The accusations made by the police against Maradiaga, Chamorro Garcia and Adan Aguerri are similar to the ones faced by Cruz. He was arrested for committing “acts that threaten national sovereignty,” according to the Nicaraguan National Police and Public Ministry.
According to a statement posted on Cruz’s Twitter account, the former diplomat arrived in Nicaragua on a plane from the United States on Saturday morning and was detained at the Augusto Cesar Sandino Airport in Managua.
Cruz’s party, the Citizens for Freedom Alliance, called for his release in a statement. “We demand the prompt release of Arturo Cruz and that his physical integrity and constitutional rights be respected,” the opposition party said. 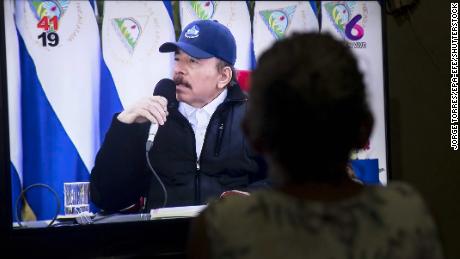 Nicaragua’s Ortega says Covid-19 is under control, unlike in ‘capitalist’ countries. Local epidemiologists disagree
“He is being held incommunicado and nothing is known about his whereabouts,” a tweet from Cruz’s account read.
Cristiana Chamorro, meanwhile, has been charged with money laundering and the mismanagement of the Violeta Barrios Foundation, a non-profit organization she had chaired, according to the Nicaraguan Public Ministry.
The Violeta Barrios Foundation has been shut down since February due to its violation of the Foreign Agents Regulation Law which was enacted in October 2020. The Prosecutor’s Office has asked the judicial authority to impose precautionary measures on Chamorro, including travel restrictions and disqualification from running public office, it said in a statement.
The arrests sparked outrage among human rights organizations and foreign leaders. The US State Department on Friday called on the Nicaraguan government “to immediately release opposition leader Cristiana Chamorro and her two colleagues,” calling their detention “on trumped up charges” “an abuse of their rights, and it represents an assault on democratic values as well as a clear attempt to thwart free and fair elections.”
State Department spokesperson Ned Price said the “current conditions of repression and exclusion are not consistent with credible elections.” 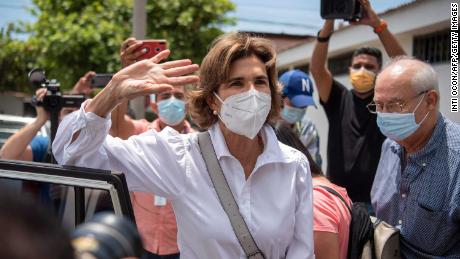 On Tuesday, the Acting Assistant Secretary for US Department of State’s Bureau of Western Hemisphere Affairs, Julie Chung, said the detentions called for “an urgent international response.”
“The Ortega Regime is responsible for the welfare of detainees. They should be released immediately,” Chung tweeted.
Florida Congresswoman Rep. Maria Elvira Salazar also criticized the move and warned that Ortega’s regime “will face the full weight of economic sanctions if free, democratic elections with international observers do not take place.”
The Bianca Jagger Human Rights Foundation denounced the detentions, the group’s President and Nicaragua-born former actress Bianca Jagger said in a statement on Twitter. She called Ortega “the criminal dictator.”
Speaking to CNN Espanol on Thursday, Jose Miguel Vivanco, the director of Human Rights Watch’s Americas division, called on the international community to do more in light of the arrest of Chamorro.

It’s been called “the night of the long knives in the tropics.”