Tigrayan forces on Tuesday had not accepted the truce.
The Ethiopian military has been in control of much of Tigray since last November, when it launched a major assault on the region with the support of Eritrean soldiers and local ethnic militias in an effort to remove the region’s ruling party, the Tigray People’s Liberation Front (TPLF), from power. The armed wing of the TPLF, known as the Tigray Defense Forces, had steadily been gearing up for the offensive and in recent days kicked off a coordinated push to recapture Mekelle.
The Tigrayan counterattack was a big blow for Ethiopian Prime Minister Abiy Ahmed, who had declared victory in late November last year when Ethiopia’s military overran the city of a half-million people.
Since then, the ongoing conflict has killed thousands, forced millions to flee, fueled famine and severely damaged the international reputation of Ethiopia’s Nobel Peace Prize-winning leader. 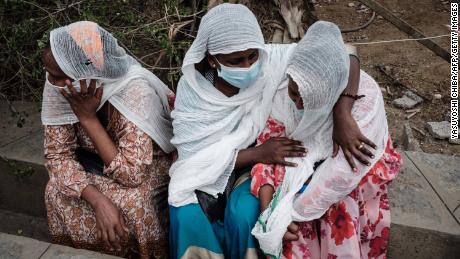 Airstrike kills up to 30 people at market in war-torn Ethiopian region of Tigray
Read More
Less than a week into the offensive by Tigrayan forces, the Ethiopian military had withdrawn from the capital, a UN official told CNN on Monday. The official spoke on the condition of anonymity due to fear of reprisal from the Ethiopian government.
The news was greeted with cheers in Mekelle, and CNN journalists spoke with residents who witnessed as people poured onto the streets in celebration, despite calls for them to stay indoors. Fireworks could also be heard as celebrations carried on into the night.
A spokesman for the regional government of Tigray, Getachew Reda, said Monday that its forces had “broken the backbone of the Ethiopian army” after fighting nine divisions to take the capital.
He said he would celebrate regaining the city with friends this evening, but that the conflict was far from over. “People are celebrating, the capital has been liberated from our enemies, but as far as I am concerned there is little to celebrate because we still have fighting to do,” Reda told CNN over the phone.
“Our objectives are degrading the enemy’s fighting capabilities. This is a criminal army and we will follow it everywhere to make sure it doesn’t have the capacity to come back.”
“We will not stop until Tigray has been cleared of any and all enemy forces. We will do whatever it takes,” he concluded.
CNN reached out to the Ethiopian Government for comment but has yet to hear back. However, the government said Monday in a statement carried by state broadcaster EBC that it had accepted a ceasefire request by the Tigray Interim Government, which is loyal to the executive in Addis Ababa.
According to the statement, the unilateral ceasefire will last across the region until the end of the crucial planting season in Tigray, which ends at the end of September. 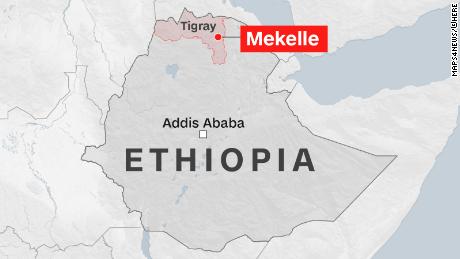 For seven months, Ethiopian Prime Minister Abiy Ahmed, with the help of neighbouring Eritrea, has been locked in conflict with the region’s elected leadership — the Tigray People’s Liberation Front (TPLF).
Last week, at least 30 people died when a government airstrike hit a busy marketplace in the small town of Togoga, west of Mekelle, eyewitnesses and medics told CNN.
That airstrike marked one of the deadliest attacks in the eight-month war that has fueled famine, forced millions to flee and severely damaged the reputation of the Nobel Peace Prize-winning Abiy. 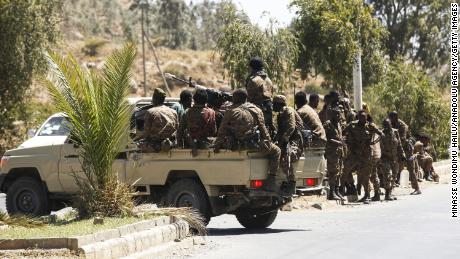 Allegations of damage and looting

Reda, the regional government spokesperson, also accused the retreating Ethiopian army of looting banks and damaging critical infrastructure on its way out of the Mekelle. “We decided to prioritize taking control of the capital rather than pursuing the enemy because they were targeting banks, vandalising property,” he explained.
Earlier on Monday, witnesses told CNN that Ethiopian soldiers were seen entering banks, media bureaus and the offices of humanitarian agencies. A UN official also told CNN that the offices of UNICEF and the World Food Program were raided by Ethiopian forces around 4 pm local time.
UNICEF Executive Director Henrietta Fore condemned the action “in the strongest terms.”
“Members of the Ethiopian National Defense Forces entered our office in Mekele, Tigray, Ethiopia today and dismantled our VSAT equipment,” she said. “This act violates UN privileges and immunities and the rules of International Humanitarian Law regarding respect for humanitarian relief objects.”
UN spokesman Stephane Dujarric joined in on the criticism of Ethiopian forces when asked by journalists at the United Nations in New York. 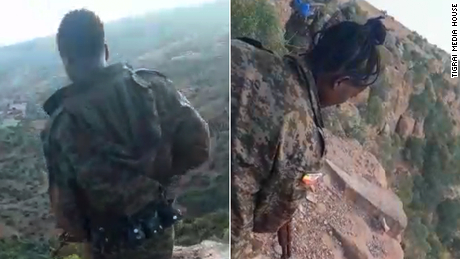 New video of Ethiopia massacre shows soldiers passing phone around to document their executions of unarmed men
“We condemn any and all attacks on humanitarian workers and assets and remind again all parties of their obligations under international humanitarian law,” Dujarric told journalists on Monday. “The safety of our staff is a priority and we are doing everything we can to ensure it.”
“All parties must ensure the protection of civilians and that all humanitarian assistance, provided by the United Nations, is provided according to humanitarian principles,” he also said.
This story has been corrected to clarify which international organizations were raided by Ethiopian forces on Monday.

In a stunning about-turn in the devastating eight-month civil war in Ethiopia’s northern Tigray region, the Ethiopian government declared an immediate and unilateral ceasefire after Tigrayan troops retook the regional capital Mekelle on Monday evening.