“I often don’t respond to that name,” she says. “I respond to ‘Bones.'”
Recently named a 2021 Emerging Explorer by the National Geographic Society, the 33-year-old first made a name for herself as a member of the second group of “underground astronauts” — so called because “we are going into spaces that very few people have gone before,” she explains.
The original crew, comprised of six female scientists, garnered the world’s attention in 2015 when they helped unearth the remains of a previously unknown human species. Now called Homo naledi, the remains were found deep in the Rising Star cave system roughly an hour’s drive northwest of Johannesburg. 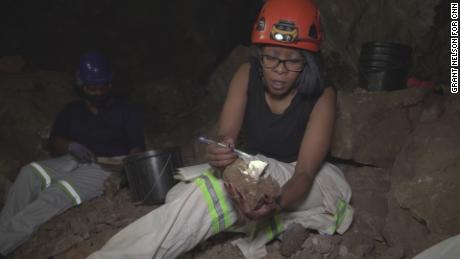 Led by paleoanthropologist Lee Berger, it was a significant discovery that has since helped to fill some gaps in our understanding of human evolution.
Read More
In 2018, Molopyane answered the call to join the second generation of underground astronauts and return to the caves to “figure out what more Rising Star had to give,” she says.
It’s a harrowing journey not for the faint of heart — requiring the ability to squeeze through 18-centimeter holes (less than the diameter of a full size football) and work in very dark, cramped conditions 30 meters underground.
Related: Mysterious ancient ‘dragon man’ joins the human family tree
“We were really put in very extreme situations, crawling through very tight tunnels,” Molopyane says. “I’ve had my butt stuck, I’ve had my head stuck and it’s a challenge not to panic — but also, you learn a lot about yourself and inner strength in those conditions.”

To say Molopyane is living out her childhood dreams is an understatement.
Born in Benoni, a small mining town east of Johannesburg, she was raised by parents who are both medical doctors, helping her form a connection to skeletons and medicine at an early age. 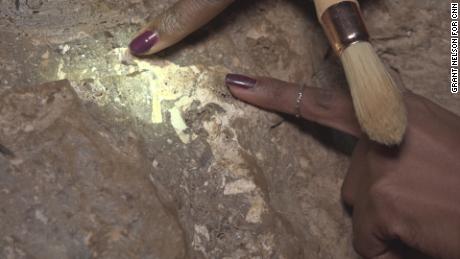 As a seven-year-old, Molopyane’s fate was sealed. “(On a) Saturday morning, I was watching cartoons with my mom and we came across an episode of the ‘Adventures of Tintin,’ and the episode was ‘Cigars of the Pharaoh,’ and it had a small archaeological theme to it. That’s when I decided that I wanted to be an archaeologist.”
Since then, she has dived on shipwrecks as a maritime archaeologist for the Iziko Museum in Cape Town, and taught in the archaeology department at the University of Witwatersrand (Wits) in Johannesburg — an experience she found rewarding. 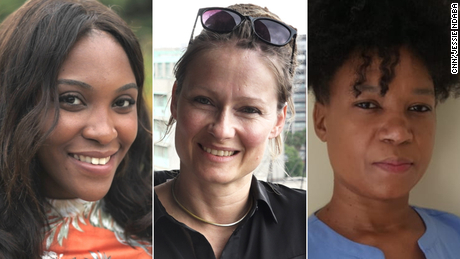 These women are shaping the future of African space exploration
“It was very rare to have a Black academic stand in front of a classroom full of students of which I was no more than a couple of years older,” she says. It also allowed her to teach them how to think differently about archaeology and that there’s “more to it than just stone, tools or fossils.”
In 2019, following her successful expedition back into the Dinaledi and Lesedi chambers of the Rising Star Cave system to unearth more Homo naledi remains, she was named the curator of the Maropeng and Sterkfontein Caves Visitor Centre in the Cradle of Humankind, a UNESCO World Heritage site. Today, she leads a team there exploring a newly discovered cave known as UW 105.
Earlier this year she left her post as curator to join the Centre for the Exploration of the Deep Human Journey (CEDHJ) at Wits University, where she is the first postdoctoral research fellow in the unit, she says.
One thing the intrepid explorer hasn’t done is forgotten what she represents as a young girl with a dream and a successful woman with a career in science.
“In some ways I have become the transformation we want to see in the sciences,” Moloypane says, while also being quick to point out that she is all about action. “A lot of time has been spent talking about transformation in the palaeosciences. I’m not really one to talk — I prefer to actually do it.”
“I solve mysteries from the past where people are not around to answer those questions, and I look for those clues,” she adds. “That’s my purpose in life and I really love it.”

If you are lucky enough to be in the company of South African archaeologist and biological anthropologist Keneiloe Molopyane and you would like to get her attention, your best bet is to not use her birth name.