The 37-year-old was detained by Myanmar’s military at Yangon International Airport on May 24, shortly before he could board a flight to Kuala Lumpur. The journalist had been on the way to see his family in Detroit.
He had not been heard from in the 25 days since his detention.
Fenster, who on Thursday appeared at a special court in Yangon’s Insein prison, has been charged under section 505a of Myanmar’s penal code, which carries a potential three-year prison term, according to Frontier Myanmar.
The section makes it a crime to publish or circulate comments that “cause fear,” spread “false news” or incite government employees. Dozens of journalists in the country have been charged under the section since the military seized power in March.
Read More
Myanmar’s former civilian leader Aung San Suu Kyi was removed from power during the coup, which was followed by a widespread and brutal military crackdown on dissent. 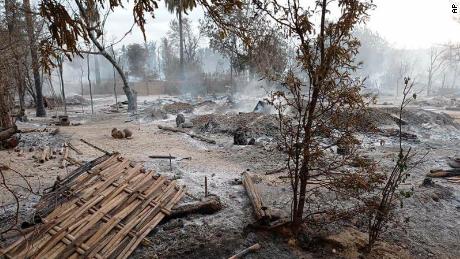 Junta troops burn Myanmar village to the ground after fighting, residents say
“Following a brief hearing, Danny was remanded to Insein Prison for two weeks and is scheduled to appear again in court on July 1. No reason was given for the filing of the charge against him,” Frontier Myanmar said in a statement on its website.
“Nevertheless, we know that Danny has done nothing to warrant this 505a charge. We condemn his detention and demand his immediate and unconditional release.”
Fenster’s brother Brian reacted to the news with relief and anger.
“Finally, some movement, but our frustration is mounting. A hearing without official communication with the US Embassy or our family,” Brian wrote in a post in a “Bring Danny Home” Facebook group.
He added: “Continued detainment without access to legal counsel or official charges against him. Denial of US Consulate access to both Danny and his hearing, despite repeated requests over the past 25 days.”
“To be clear this is a blatant disregard for the International Laws of the Vienna Convention and an egregious violation of human rights. They need to release Danny IMMEDIATELY.” 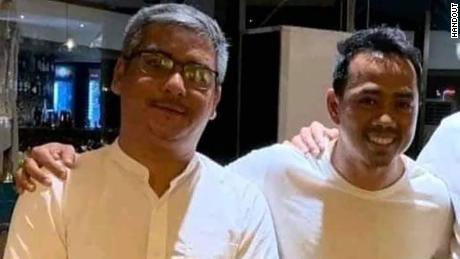 Myanmar releases US journalist Nathan Maung, who was allegedly tortured in prison
On Tuesday a US State Department spokesperson told CNN that the US Embassy in Myanmar had been unable to access Fenster.
“Consular officers have sought to visit Daniel, but have thus far not been afforded access to him by regime officials,” the spokesperson said.
“We urge the Burmese regime to grant consular access, as required by the Vienna Convention on Consular Relations, without delay, and to ensure proper treatment of Daniel while he remains detained.”
The Fenster family have started a petition on MoveOn, in order to pressure American politicians to help bring their son back to the US.
Rose Fenster, Danny Fenster’s mother, pleaded for his release during an appearance on CNN’s “Reliable Sources” last month.
“It’s a total nightmare; it’s a total feeling of no control. It’s heart-wrenching,” she said.
“I just want my son home no matter what it takes. Please release him and send him home to his family.”
Earlier this week Myanmar authorities released US citizen Nathan Maung, who had been detained since March 9. Muang is also a journalist and is the co-founder and editor-in-chief of the Myanmar online news site Kamayut Media.
He spent more than two months incarcerated at Insein Prison. Sources close to him and fellow detainee Hanthar Nyein told CNN that the pair had been tortured at an interrogation center after their arrest.

Danny Fenster, a US journalist who was detained in Myanmar over three weeks ago, has appeared at a court in Yangon according to Frontier Myanmar, the news publication Fenster works for as managing editor.