The decision goes against advice given by World Rugby, who last year said it did not recommend that transgender women play women’s contact rugby “on safety grounds at the international level of the game.”
However, the governing body’s advice was not binding and allowed national federations to implement their own grassroots policy. 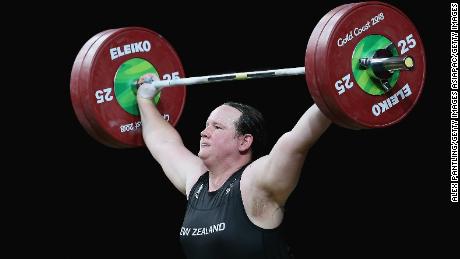 Weightlifter Laurel Hubbard poised to become first transgender Olympian — report
“Rugby is an inclusive sport of sharing, without distinction of sex, gender, origin or religion,” Serge Simon, Vice President of FFR, said in a statement on Monday.
“The FFR is steadfast against all forms of discrimination and works daily in order to allow everyone to practice, without constraint, their free will in rugby.
Read More
READ: Transgender soccer referee makes Israeli sports history
“In fact, it is very important to allow each one of our players to practice their passions while respecting the rights of everyone.”
FFR’s statement clarified that in order to compete domestically, transgender women transitioning from male to female must certify that they have been on hormonal treatment for at least 12 months and must not exceed the testosterone threshold of five nanomoles per liter.
Those players who have already transitioned and have changed their civil record can play without preconditions.
The FFR is the first national federation in France to allow transgender women to compete in top level sport.

The French rugby federation (FFR) has voted unanimously in favor of allowing transgender women to play women’s rugby as of next season.