Rawiri Waititi interjected while Prime Minister Jacinda Ardern was taking questions from lawmakers on Wednesday, accusing the country’s opposition party of “racist propaganda and rhetoric.”
After a tense exchange with the Speaker, which resulted in his microphone being turned off, Waititi began the traditional Maori haka and was asked to leave. 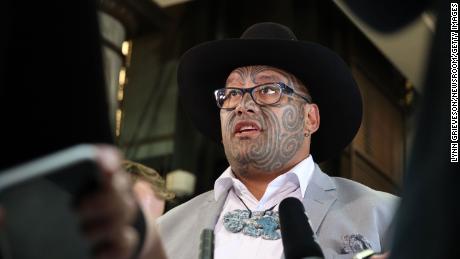 New Zealand parliament drops tie requirement after Maori lawmaker ejected for refusing to wear one
The haka, a ceremonial war dance performed before events including New Zealand rugby matches, is intended as a challenge to opponents and a rallying cry before heading into battle.
The interruption came while Judith Collins, the leader of the right-wing opposition New Zealand National Party, was putting questions to Ardern on indigenous sovereignty.
Read More
Collins’ party has been critical of Ardern over the issue and has opposed the recently announced Maori Health Authority — which Ardern’s government created to redress inequalities in the nation’s healthcare service — according to CNN affiliate RNZ.
It is the second time in a matter of months that Waititi has been ejected from parliament. In February, he was ordered to leave after refusing to wear a necktie. The politician argued the requirement suppressed indigenous culture, and parliament subsequently dropped the rule.
“Over the past two weeks, there has been racist propaganda and rhetoric towards tangata whenua,” Waititi said during his first point of order on Wednesday, using a Maori term that refers to New Zealand’s indigenous population. “That not only is insulting, but diminishes the manner of this House.”
The Speaker responded that he felt nothing out of order had been said during the weekly Question Time debate, in which Collins was quizzing Ardern. “I’m asking the member to make sure that if he has a point of order, it is a fresh and different one,” the Speaker later added, as Waititi refused to take his seat.
“Fresh and different point of order, Mr. Speaker,” the Maori Party co-leader replied.
“When it comes to views of indigenous rights and indigenous peoples, those views must be from indigenous people … they can’t be determined by people who are not indigenous,” he said, criticizing a “constant barrage of insults” toward the population. 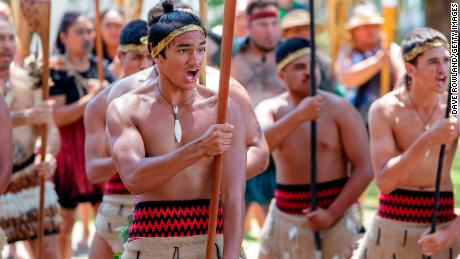 New Zealand plans national syllabus on Maori and UK colonial history
During that exchange, Waititi’s microphone was turned off. “The member’s mic is off so he will resume his seat,” the Speaker said. In response, the politician began the haka before quickly being ordered to leave.
Maori, who make up about 15% of New Zealand’s population, were dispossessed of much of their land during Britain’s colonization of the country. Thousands of Maori have protested for civil and social rights in recent years, and have criticized governments for failing to address social and economic inequalities.
In February, Ardern’s government announced plans for a national syllabus on Maori history. Ardern also appointed the country’s first indigenous female foreign minister, Nanaia Mahuta, in November last year.

The co-leader of New Zealand’s Maori Party has been removed from parliament for the second time this year, after performing a ceremonial dance during a debate about indigenous rights.