Interim President Bah N’Daw and Prime Minister Moctar Ouane were arrested along with several staffers, read the statement by the country’s Local Transition Monitoring Committee, which monitors Mali’s return to civilian oversight after a military coup in August 2020. The committee includes the African Union, the United Nations mission in Mali and the Economic Community of West African States. 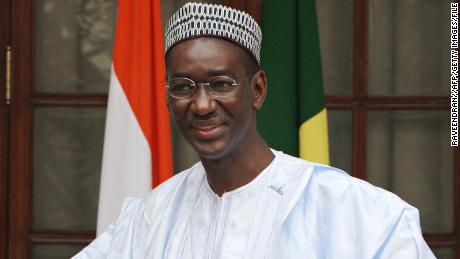 The committee, “along with members of the international community, including France, the United-States, the United Kingdom, Germany and the EU, express their profound concern regarding the situation in Mali marked by the arrest of the transition President, the Prime Minister and some members of their staff,” it says.
“They demand the immediate and unconditional release of those authorities and insist upon the fact that the members of the military who hold them will be personally held accountable for their safety.”
The arrests, described in the joint statement as an “attempted power grab,” came shortly after N’Daw announced a series of nominations to top ministerial posts in the government.
Read More
“Concerning reports from Mali on the detention of the Transition President, Prime Minister, and others. We call for their immediate, unconditional release,” tweeted the US State Department’s Bureau of African Affairs.
The US Embassy in Mali warned American citizens in the country to avoid non-essential travel in Bamako amid “reports of increased military activity” in the capital, it said in a tweet.
The interim government has been in place for only a few months, after a military coup last year in which soldiers arrested then-President Ibrahim Boubacar Keita and then-Prime Minister Boubou Cisse. Keita later announced his resignation on state television.
The transitional government led by N’Daw had promised to hold legislative and presidential elections in Feb. 2022 to restore a democratic government, Reuters reported.

Journalist Lorraine Poupon in Paris contributed to this report.

Mali’s transitional president and prime minister were arrested Monday and are now in the custody of military officers, according to a joint statement by several international groups. The arrests continue a cycle of political turmoil that has plagued the country for more than a decade.

Surfer dies after being bitten by shark in Australia

All-cash offers are king in this hysterical US real estate market....

These countries simply don’t have enough other options to drop vaccines...

The most important Tokyo Summer Olympics story is not related to...