An online campaign with the hashtag #ReleaseThe21 has gone viral on social media platform Twitter, as people demanded the immediate release of the detainees.
At least 16 women and four men were arrested by local police on Thursday after operatives invaded an hotel where a conference for LGBTQI persons was ongoing.
A regional police spokesman, Prince Dogbatse, said in a statement that the detained individuals were arrested for “advocating LGBTQI activities.”
A court in the Ho district on Friday ordered the 21 accused, who were charged with “unlawful assembly” to be remanded in police custody until their reappearance in court on June 4.
Read More
Ghana outlaws same-sex relationships and the country’s penal code prescribes between three and 25 years in prison for any citizen found to be in a same-sex relationship. 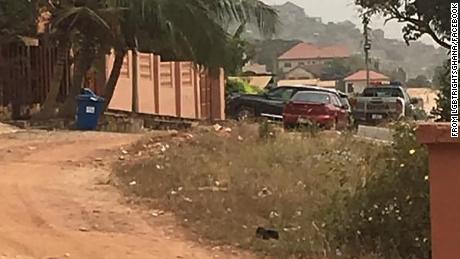 Founder of LGBTQI center shut down in Ghana says he fears for his safety
Alex Kofi Donkor, the head of a community center in Accra, named ‘LGBT+ Rights Ghana,’ which was raided by police in February, told CNN that a female executive of his organization was among those arrested in the police’s latest clampdown on the community.
Donkor said the conference which the police had tagged an “unlawful assembly” was a paralegal training for gay activists as discrimination against sexual minorities remains rife in Ghana.
“LGBTQ persons continuously experience indiscriminate arrest and discrimination in Ghana because of their known or perceived sexual orientation… so some organizations chose to train some individuals within their various localities on human rights laws that exist in Ghana and how they can protect themselves and deal with issues of abuses when they arise within their local spaces,” Donkor told CNN.
Donkor narrated that two hours into the conference, the venue was “invaded” by journalists who came uninvited.
“The event started at 9 am on Thursday with about 25 persons in attendance. Two hours later, some journalists invaded the space and started taking photos and videos,” said Donkor.
He added that: “The police came almost immediately and arrested most of the attendees. They also took away banners and flip charts that were used during the training session.”
Efforts by human rights lawyers to secure the release of the detainees were rejected by the Ho Circuit Court, Donkor said.
Regional police spokesman, Sergeant Prince Dogbatse, told CNN Monday that while Ghana’s laws guarantee the right to freedom of expression and assembly, unlawful assembly is frowned upon.
“There is freedom of expression and all that, but our criminal offenses act prohibits unlawful assembly,” said Dogbatse.
“We have arrested these persons and preferred the charge of unlawful assembly against them. So we will allow the court to make a determination on the matter,” he added.
Intolerance and violence against lesbian, gay, bisexual, and transgender people have continued to thrive among Ghana’s population, according to Human Rights Watch.
Donkor told CNN that homophobia manifests in various forms in Ghana.
“The sexual orientation of an individual could lead to his or her lynching in some Ghananian neighborhoods,” he said, adding that “in police stations, sometimes, the police even turn around and arrest an individual who has come to report issues of abuse while ignoring the perpetrator.”
Police spokesman, Dogbatse, says he is unwilling to comment on homophobia in Ghana.
“I do not have a desire to comment on that,” he told CNN. 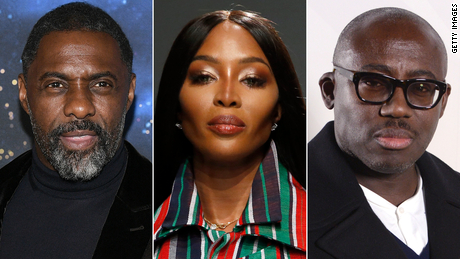 Black celebrities show support for LGBTQ community in Ghana after raid on center
Donkor’s LGBTQ community center has remained shut since a police raid on the facility in late February.
“We haven’t been able to have the space back, so the center is still shut down,” he told CNN.
The gay activist hopes that the #ReleaseThe21 campaign would expand the public conversation around tolerance and respect for gay rights in Ghana.
“We are hoping that the government of Ghana, individuals, human rights advocates, and activists in this country will rise and speak against the injustice and the abuse that the police have meted out and continues to mete out towards the LGBTQ community,” Donkor said.
Black celebrities including Actors Idris Elba and supermodel Naomi Campbel had earlier urged Ghana’s President Nana Akufo-Addo in an open letter to work with LGBTQ community leaders.
The letter was, however, criticized on social media by some locals, who said same-sex relationships was at variance with Ghanaian culture.

Ghana’s LGBTQ community has called for the release of 21 people, who were arrested by security forces last week while attending a conference in the southeastern city of Ho.

Here’s what Bezos’ trip to space will look like