The six-wheel solar-powered rover, which weighs about 240 kilograms (529 pounds), touched down on Mars on May 15. Its mission is intended to last three months, the Chinese government said, during which time it will search for signs or evidence of ancient life on Mars’ surface.
Zhurong is named after a god of fire in Chinese mythology and landed in the red planet’s Utopia Planitia region. 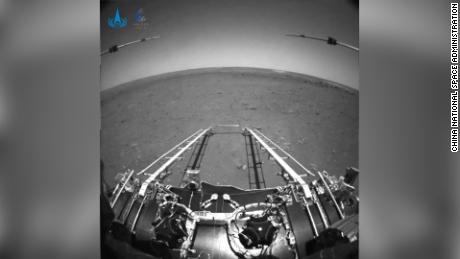 The rover’s official social media account on Weibo announced the rover’s successful test drive on Saturday afternoon Beijing time, saying it was ready to “patrol and explore.”
The United States has launched nine successful Mars landings, including sending five rovers to explore the planet’s surface. The Soviet Union had previously managed to land on the surface of Mars, but was unable to successfully operate a rover on the planet.
Read More
China’s mission succeeded in entering the planet’s orbit and landing a rover that could traverse the Martian surface in one go. Although NASA completed this decades before China, it took the US multiple missions to complete.
Chinese state media Xinhua also reported the Mars rover’s “first successful drive”, and said it had left “the country’s first ‘footprints’ on the red planet.”
While Zhurong is exploring Mars, its findings will be relayed back to Earth by the Tianwen-1 Mars orbiter. After the rover’s mission ends, the orbiter will conduct a global survey of the planet for one Martian year, or 687 Earth days. 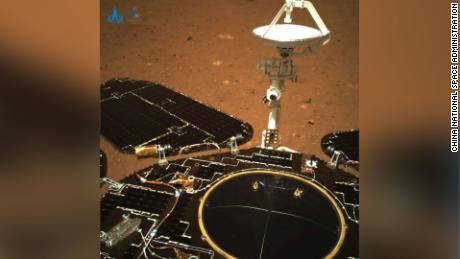 The probe has already spent three months in orbit reconnoitering the landing area before releasing the rover to the surface.
Tianwen-1 was launched by a Long March 5 rocket from the Wenchang space launch center in Hainan province on July 23, 2020, and spent seven months en route to Mars before entering its orbit in February. In Chinese, Tianwen means “Quest for Heavenly Truth.”
Tianwen-1 is one of three international Mars missions that launched last summer, along with NASA’s Perseverance rover, which landed on Mars in February, and the United Arab Emirates’ Hope Probe, which entered orbit around Mars, also in February. Unlike the US and China missions, the UAE probe is not intended to land on Mars — just study the planet from orbit.

Alexey Navalny announces he is going on hunger strike

China may not be a G7 member, but it’s dominating the...

This tiny drawing could sell for $16m