Just over a year ago, when Covid-19 infections were rising in the US, former President Donald Trump started to promote a then-fringe theory that the virus had escaped from a lab in Wuhan, the Chinese city where it was first detected. Beijing reacted angrily to the claim, accusing Trump of trying to scapegoat China for his own failure to contain the outbreak domestically.
This week, a previously undisclosed intelligence report surfaced, claiming that several researchers at the Wuhan Institute of Virology fell ill in November 2019 and had to be hospitalized. Under mounting public pressure, Biden ordered the intelligence community to intensify its efforts to re-examine how the virus originated, including the possibility that it emerged from a lab accident.
Naturally, that’s drawn the ire of Beijing — again — and prompted it to renew a counter-conspiracy theory that the virus actually started in the US.
“The US doesn’t care about facts or truth at all, neither is it interested in a serious scientific study on the origins. Its only aim is to use the pandemic for stigmatization and political manipulation to shift the blame,” said Chinese Foreign Ministry spokesperson Zhao Lijian.
Read More
Zhao then referenced Fort Detrick, a US Army biomedical research laboratory in Maryland that has been linked — without evidence — to the emergence of the virus by Chinese officials and state media outlets.
“What secrets are hidden in the suspicion-shrouded Fort Detrick and the over 200 US bio-labs all over the world?” Zhao said, adding that the US “owes an explanation to the world.”
The Fort Detrick theory started to surface in Chinese state media reports last March, but it gained significant traction in China early this year, around the time the World Health Organization (WHO) visited Wuhan to examine the origins of the virus.
When that investigation wrapped up in February, the Chinese foreign ministry called for the US to follow its example to “act in a positive, science-based and cooperative manner” and invite WHO experts over “for an origin-tracing study.”
In March, the WHO released a report of its investigation in China, concluding it was “extremely unlikely” that the coronavirus leaked from a lab. The report has drawn criticism from governments around the world over questions of transparency.
But from Beijing’s point of view, there’s little reason to accept another probe — no matter how hard Washington pushes for it.

The United States and China might finally be ready to talk trade again.
US President Joe Biden’s top trade negotiator, Katherine Tai, spoke for the first time with her Chinese counterpart Liu He by phone this week. The “candid” meeting — as Tai’s office described it — was not an official resumption of US-China trade talks. But Tai did discuss “her ongoing review of the US-China trade relationship, while also raising issues of concern,” according to her office.
China’s Ministry of Commerce called the conversation “honest, pragmatic, and constructive.”
The phone call was the first of its kind since Biden took office earlier this year. It could mark a step toward repairing trade relations that soured under former President Donald Trump, who kicked off a trade war in 2018 and accused China of unfair trade practices and intellectual property theft.
But the change in leadership in Washington hasn’t removed all barriers to resetting trade. The two sides have clashed in recent months on alleged human rights abuses in Xinjiang and the origins of Covid-19. Beijing blasted the United States earlier this week for using the pandemic to “shift blame” after Biden said he had directed US intelligence to redouble efforts in investigating the origins of the pandemic, including whether it might have escaped from a Chinese laboratory, for example.
— By Laura He

“(This) is the best news for Hong Kong today. The city has made a major improvement in its electoral system following amendments made by the country’s top legislature, thus bringing the local democracy back to the right track.”
— The state-run China Daily greets the news that Hong Kong’s loyalist-dominated legislature approved changes that will drastically limit the ability of opposition candidates to stand for public office.

This could be another devastating monsoon season.
As of Thursday, 97 rivers in China have already exceeded warning levels — about 10% more compared to the same time last year. The country is likely to see floods in seven major river basins, according to public broadcaster CCTV, citing the Ministry of Water Resources.
Authorities are bracing for impact, with nearly 50 reservoirs prepared to relieve floods and local officials instructed to be on “24-hour alert,” according to CCTV. 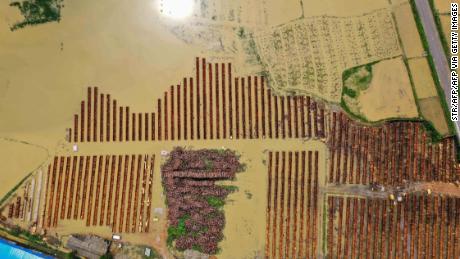 They have good reason to be nervous. Last year’s flood season was the worst in decades, affecting more than 70 million people, according to state-run newspaper China Daily. The deluge left 271 people dead or missing, and cost more than $31 billion in direct economic losses.
It also heightened scrutiny on the Three Gorges Dam, the largest hydropower project ever built and a point of national pride. The government promised the dam would protect nearby communities from flooding — but 2020’s floods proved otherwise.
The government has responded to skepticism by doubling down on defensive rhetoric. The state-run Global Times accused international media of “spreading slander,” asserting that the dam “will be able to handle greater flooding than last year.”
But even authorities seeking to reassure the public can’t ignore the mounting effects of climate change. “Last year, China recorded record heavy rainfall, so the chance of this year being the same is low,” said Cheng Xiaotao, the former head for the Institute of Flood Control and Disaster Reduction. But nevertheless, he cautioned “extreme weather is unpredictable due to the impact of global warming.”

Photo of the day 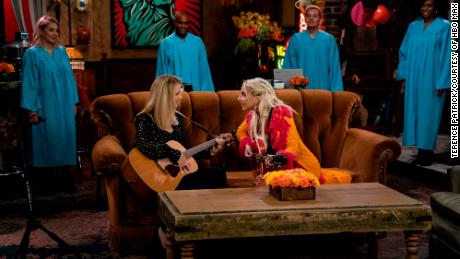 The one without the popstars: When “Friends: The Reunion” aired on Chinese streaming platforms, about six minutes of the show was cut, Variety reports. Segments excised included those featuring Lady Gaga, Justin Bieber and BTS, all of whom have faced political censure in China in the past. Gaga, for example, has been persona non grata since 2016, when she met with the Dalai Lama.

US President Joe Biden’s call for a renewed investigation into the origins of the coronavirus feels like deja vu in Beijing.

When the pandemic brought her business to a halt, this chef...

More than 30 bodies wash up on the banks of the...