This isn’t only because developed countries, like those in Western Europe, had purchased a large number of AstraZeneca doses to dig their way out of the pandemic but, more consequentially, because so much of the developing world was relying on this one vaccine to do the same.
The double blow is that a picture is emerging that the AstraZeneca vaccine — which appears to have caused a very rare, sometimes fatal, condition of severe clotting with low blood platelet counts — may be affecting younger adults more than the elderly. Developing countries, in general, have significantly younger populations than their wealthier counterparts.
And to add insult to injury, just as Africa was pivoting toward the single-dose Johnson & Johnson vaccine, US medicines regulators on Tuesday paused use of the J&J shot across the country as well, after just six cases of the same clotting symptoms were reported among nearly 7 million people who had been given the vaccine. One of those cases was fatal. The company itself paused its rollout across Europe. 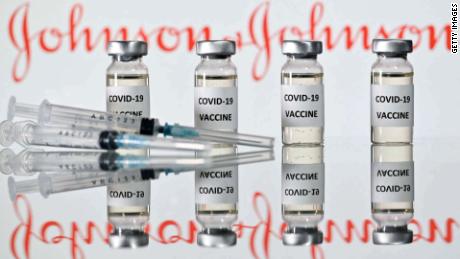 If you’ve recently had the J&J vaccine, watch for these rare symptoms, CDC says
The African Union had already ordered up to 220 million doses of the J&J shots to be shared among its 55 states in the third quarter of this year. That’s on top of any shots it may get through the COVAX scheme.
Read More
A link between the rare blood clots and J&J’s vaccine has not been officially confirmed, but US officials want to pause it and use alternative shots while they work out if there is indeed a connection, and if so, how prevalent it might be. Europe is waiting to see what an investigation finds.
But much of the developing world doesn’t have that luxury. New type of vaccines based on mRNA technology — like the Pfizer/BioNTech and Moderna shots vaccines widely used in the US — are typically three to four times more expensive than the AstraZeneca shot, which is being manufactured on a not-for-profit basis, or the J&J shot, considering that vaccine requires just one dose. Pfizer, however, is offering these vaccines at lower prices to the African Union, Reuters reports.
Many developing nations are having to wait longer than wealthier countries to receive these vaccines. In earlier stages of their development, mRNA vaccines needed to be kept at such cold temperatures, most developing nations couldn’t use them without purchasing new, expensive equipment to store them. Those requirements are improving — the Pfizer vaccine can now be stored at normal freezer temperatures when being transported — but the storage challenge months ago meant that most developing countries focused on shots like AstraZeneca and J&J when making purchase agreements with drug companies.
Dr. Peter Drobac, Director of the Skoll Centre for Social Entrepreneurship at Oxford Said Business School, said that despite the rarity of the blood clots in both AstraZeneca and Johnson & Johnson’s vaccines, any adverse effects could worsen vaccine hesitancy and even misinformation.
“It may fuel conspiracy theories around the world about a two-tiered society. If wealthy countries say they are only going to have ‘gold standard’ with the most expensive vaccines and then say AstraZeneca is not good enough for us in the global north, but it is good enough for the global south, it could reduce uptake of the vaccine and hamper efforts to vaccinate the world,” he told CNN.
The Africa Centres for Disease Control and Prevention (CDC) says it has no plans to advise against the rollout or acquisition of the shots, saying that cases are too rare to change course now.
“For the Covid-19 vaccines, the benefits outweigh the potential side effects,” Benjamin Djoudalbaye, the head of Policy, Health Diplomacy and Communication at Africa CDC, told CNN on Monday.
But the picture is more nuanced than that. The United Kingdom has data to suggest that while the benefits outweigh the risks overall, they don’t necessarily do so for every age group in every circumstance.
Last week, its medicines regulator advised people under the age of 30 be offered alternative vaccines, arguing that people in that age group are more likely to suffer serious harm from the AstraZeneca vaccine than they were likely to avoid getting very seriously ill. That’s only in a situation where exposure to the virus is low. Any return to “normal” will increase exposure. Other European countries and Australia have limited the use of the vaccine in older age groups.
Denmark is so advanced in its vaccination program it announced on Wednesday it was dropping the AstraZeneca shot from its inoculation program altogether. It simply doesn’t need it, having also obtained enough other vaccines to rely on. 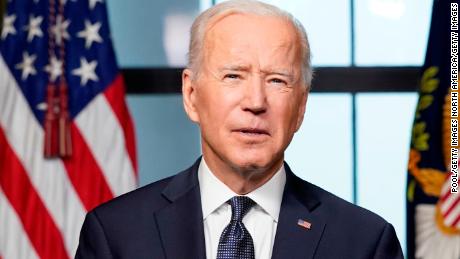 The US could have 300M extra vaccines. Why won’t it share?
The picture is very different across Africa. The continent has lagged behind the rest of the world in vaccinating its populations, and it was relying largely on COVAX — a vaccine-sharing scheme that helps developing economies access doses — for discounted or free doses of the AstraZeneca vaccine.
But COVAX’s next line of defense was also the J&J shot. It was aiming to procure 500 million J&J doses by next year, as part of its effort to provide 20% of people in low- and middle-income countries with a vaccine. The WHO-backed scheme was hoping to provide Africa with 600 million shots by the end of the year.
So far COVAX has delivered 17.4 million Covid-19 vaccines to 36 African countries, including more than 17 million AstraZeneca shots, manufactured by the Serum Institute of India, and around 200,000 Pfizer vaccine doses, according to figures sent to CNN on Wednesday by WHO officials.
The WHO says Africa accounts for less than 2% of the world’s administered vaccines, and many African nations are running out of shots, fast.
The extent of the risk of these rare blood clot events after vaccination from AstraZeneca and, potentially, J&J vaccines is still unclear, but if it is confirmed that younger people are more likely to experience them, that means the developing world and its younger populations will be more vulnerable to clots, even if they are less vulnerable to Covid-19 to begin with.
Around three-quarters of Africa’s population is below the age of 35, UN data shows, and the median age there is just under 20, which is less than half the age of the median in Europe, at 42. In the US, it’s around 38. Only 6% of Africans are over the age of 60.
Meanwhile, countries like the United States and the United Kingdom are steaming ahead with their vaccine programs and are sharing very few doses with other countries in need.
The US has shared a small number of the AstraZeneca vaccine, which hasn’t yet been approved there, with neighboring Mexico and Canada, but says it won’t share more widely until its own supplies are secure. A Duke University report on Thursday estimates the US could have 300 million excess doses by the end of July.
“Fair access to vaccines must be a reality if we are to collectively make a dent on this pandemic,” said WHO Regional Director for Africa, Matshidiso Moeti, in a statement last week.
A Nigerian physician and public health consultant, Kingsley Douglas, said the “protectionist” tendencies of the developed world were working against a positive global outcome.
“Western countries are looking out for their citizens first before looking elsewhere. I do not begrudge them for being protectionist in their approach,” Douglas told CNN. “Nonetheless, it is in the interest of everyone that the critical mass of the world’s population gets vaccinated and protected against Covid. Vaccines should be uniformly and equitably distributed.” 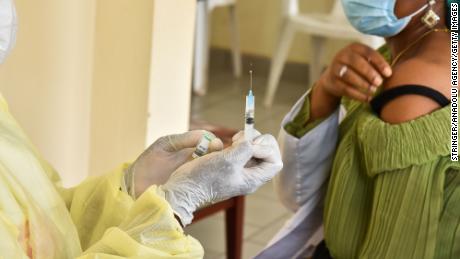 Despite the African CDC’s advice to carry on with all approved Covid-19 vaccines, South Africa — the only African Union country administering J&J doses — announced a temporary suspension of the shot. It had already suspended its rollout of the AstraZeneca vaccine two months earlier, not because of blood clot concerns, but because its efficacy against a new variant first identified in South Africa was found to be low.
Some African nations have begun sourcing Covid-19 vaccine supplies from other global donors. On Sunday, Cameroon’s health ministry said it had received 200,000 doses of China’s Sinopharm vaccine, the first shots to land in the country, Reuters reported.
China has also donated hundreds of thousands of Sinopharm shots to Zimbabwe, and the government has pledged to buy over a million more.
Zimbabwe is hoping to vaccinate 60% of its population of 14 million, according to state-owned media. The health ministry said more than 231,000 Zimbabweans had been vaccinated as of Wednesday.
A top Chinese health official admitted over the weekend that China’s vaccines didn’t have very high efficacy rates and that Beijing was considering acquiring the new types of vaccines based on the mRNA technology — such as the Pfizer and Moderna shots — an analysis he was forced to water down after his comments were shared widely on social media and international news websites. 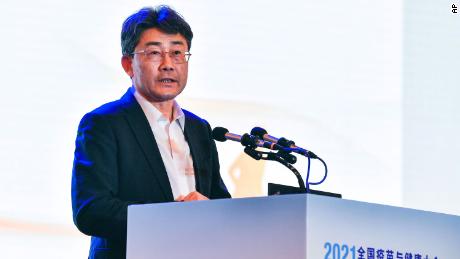 Chinese Covid-19 vaccine efficacy is ‘not high,’ top health official admits
Samuel Matsikure, a resident in the Zimbabwean capital Harare, said he has heard a lot of young people express skepticism over the Chinese-made vaccines.
“Many citizens are afraid to get vaccinated,” he told CNN. “They’re not trusting the vaccine from China — partly because they consider its efficacy to be low — and it’s not as popular as other vaccines. So you find that the young and able-bodied people are not getting vaccinated as much as older persons,” Matsikure said.
Matsikure hopes that Zimbabwe will acquire more vaccines so that some of the country’s stringent coronavirus-related restrictions can be relaxed.
“Many Zimbabweans have suffered economically due to Covid lockdowns. The majority of Zimbabweans are in the informal sector … they rely on selling their products on the streets or designated selling places. But all these were shut down during the lockdowns. Many are currently unemployed…crying for food support and unable to pay their rents,” Matsikure told CNN.
The ramifications are similar for developing countries in Latin America and Asia, many of which are relying heavily on the AstraZeneca shot through the COVAX scheme and also have younger populations.
Brazil, for example, has already received over 1 million AstraZeneca doses through COVAX, and as cases soar there, it doesn’t appear to be moving toward any limited use.
“The blood clots are worrying,” said Sergio Litewka from the University of Miami Ethics Programs, who focuses his research on Latin America. “But I don’t think the quantity of cases of blood clots warrants the suspension of the vaccine’s use.”
He said that countries in Latin America simply don’t have enough other options to drop shots like AstraZeneca and J&J, and believes that vaccine hesitancy in the region could rise as a result.
“Denmark has said no to AstraZeneca and there are other countries that are studying what they are going to do and it’s the same with Johnson & Johnson,” he said. “But in Latin America, people have very few options. Some say I would rather take the risk but some are more hesitant.”

It was nothing short of a miracle when it became clear that scientists had developed several effective vaccines against Covid-19 in less than a year. Announcements last week from European Union and British drug regulators finding a possible link between AstraZeneca’s Covid-19 shot and rare blood clots, however, have been a real low point in the pandemic.