In a statement sent to CNN Friday, the charity said it was looking at claims made against senior members of staff in the country as part of the independent investigation it had commissioned in November 2020.
“We are acutely aware of our duty to survivors, including in supporting them to speak out safely. We are working hard to conclude the investigation fairly, safely and effectively,” an Oxfam spokesperson said in the statement.
The new allegations and suspensions come just weeks after the charity was finally cleared to bid for government funding following a similar scandal in 2018. 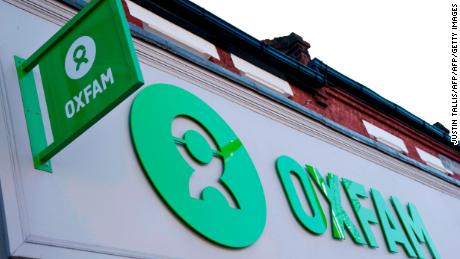 Oxfam had ‘culture of tolerating poor behavior’ in Haiti sex abuse scandal, report finds
Haiti banned Oxfam after an investigation that year revealed it covered up sexual exploitation by members of staff following a disastrous earthquake in 2010.
Read More
In 2019, the Charity Commission for England and Wales issued an official warning against Oxfam. In a report, it found that issues in Haiti indicating “serious problems with the culture, morale and behaviors generally” of some staff were not properly addressed, and that senior staff members failed to escalate complaints of sexual misconduct.
According to The Times, the allegations against Oxfam staff in the DRC that prompted the latest suspensions were outlined in a 10-page letter sent to the charity’s bosses in February this year and signed by 22 current and former employees.
The new scandal comes as the British aid sector attempts to emerge from a series of damning reports into sex abuse by workers. A UK government inquiry in 2018 found that such abuse was “endemic” and has been happening for years.

The international poverty charity Oxfam has suspended two aid workers in the Democratic Republic of Congo (DRC), as part of an ongoing investigation into allegations of sexual misconduct, bullying and abuses of power.