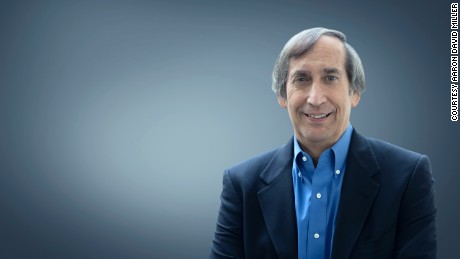 Nonetheless, this was not a repeat of the last three elections. This round produced results that may well carry longer-term consequences for Israeli politics. With apologies to Clint Eastwood, Sergio Leone and his spaghetti Westerns, let’s call them the good, the bad and the ugly.

Perhaps the most intriguing development of this fourth round, particularly for those who believe in the importance of strengthening Israeli democracy and integrating Israel’s Arab citizens (21% of the population) into the body politic, was the performance of the United Arab List — one of the two parties representing Israel’s Arab citizens.
A small conservative Islamic party that broke away from the larger Joint Arab List, the United Arab List led by Mansour Abbas has publicly stated its willingness to join either a government headed by Netanyahu or his opponents. Indeed, Mansour believes that Israeli Arabs can best advance their community’s interests and wield real influence from inside, rather than outside the government.
Read More
Abbas’s four seats at least on paper put him in the position of kingmaker, and he seems willing and able to trade that support if he gets commitments on issues vitally important for his community — namely stopping the surge of crime and violence in the Arab community and more resources for economic and social development.
Indeed, Netanyahu, after exploiting some Jewish Israelis’ fear of the Arabs in previous elections, cynically courted Abbas in this campaign to hedge his bets. And Yair Lapid’s heading of the second largest party and with hopes to assemble a coalition to turn Netanyahu out of power has already met with Abbas about joining a government.
All of this constitutes something of a revolution in Israeli politics. No Israeli government has ever included an Arab party in a coalition. And no leader of an Arab party has ever seemed more eager to put aside ideological concerns, accept joining together with Jewish Zionist parties in exchange for a clear list of demands to benefit his community.
Both Netanyahu and his main opponent Lapid might actually agree to accept Abbas into their governments; but the putative right-wing parties among their respective allies likely won’t. To quote Anshel Pfeffer, senior columnist for Haaretz, it may be too early for this “taboo to be broken” but it’s closer than ever. And that is good news for realizing Israel’s promise as an inclusive democracy.

The bad news, of course, is that Israel again seems stuck in kind of a doom loop of perpetual dysfunction — with a real possibility of a fifth election in September. Repeated elections waste time and resources. Israel is operating off a budget passed in 2019; planning at various ministries, including the Defense Ministry, is impossible amid this kind of uncertainty.
And while Netanyahu’s government certainly delivered on vaccines, Israel went through several chaotic lockdowns, lost more than 6,000 dead as a result of opening up too fast and in the process strained the government’s credibility.
Indeed, it’s no coincidence that Netanyahu’s Likud party lost six seats in last week’s election. 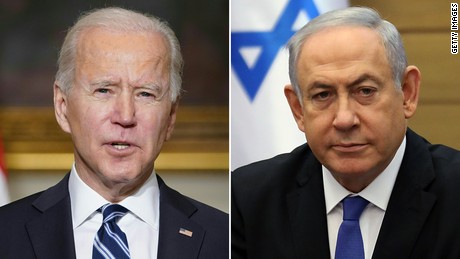 Biden is hitting the reset button with Israel
The explanation of why Israel may well be headed for a fifth election is a complex one. Part of the reason is surely tied to an electoral system based on proportional representation rather than direct election of a prime minister.
This gives advantage to smaller parties who end up being coalition makers or breakers.
Then, there’s the reality that Israel remains a deeply divided country and society, with cleavages over how to deal with the Palestinian issue; between conceptions of a secular or religious state; and divisions over the importance of Israel as a democratic or Jewish state and the value of an independent judiciary. It’s tempting to see this election like the last as a referendum on Netanyahu.
But that masks the genuine deep divisions that polarize the country.
Finally, there’s the matter of Netanyahu’s indictments and pending trial for alleged bribery, breach of trust and fraud — despite him maintaining his innocence. The best chance of beating these charges is for Netanyahu to remain Prime Minister and seek to create a narrow right-wing government that might pass legislation to delay or cancel the legal case against him.
At a minimum, he must prevent others from forming a government. Indeed, another election allows him to remain in place as Prime Minister until the next election and holds open the possibility he’ll get his narrow government next time around.

The ugly in this election is depressingly clear. A small bloc of parties — Religious Zionism — midwifed by Benjamin Netanyahu in an effort to increase the odds of his forming a narrow right-wing government — gained six seats and will be sworn in and seated in the Knesset next week.
That bloc includes a Noam party, which advocates for anti-gay policies, and two other right-wing elements — one of which, Jewish Power, is led by a disciple of the extremist Meir Kahane and openly calls for the expulsion of Arabs deemed “disloyal.”
Should Netanyahu succeed in forming his narrow coalition, Religious Zionism would be very much a part by legitimizing overt racism; shamefully reflecting the darkest side of Israeli politics; and further undermining Israel’s democracy. Courtesy of Netanyahu’s machinations, this extremist bloc will hang like an albatross around Israel’s neck.
So, is Israel headed for yet another election? It’s impossible to say right now. After having consulted with all parties next week, the president of Israel will designate the candidate who seems to have the best chance of forming a government.
We are most likely in for a prolonged period of coalition negotiations, deal-making and horse trading to see whether Netanyahu or his putative opposition can put together a coalition. If not, in the words of an Israeli columnist reflecting the spirit of the Passover season, a fifth election — sadly for most Israelis — looms like the 11th plague.

The results of Israel’s fourth election in a little more than two years looks very much like the wash, rinse and repeat cycle of the previous three.