That is the actual name of the IT services unit that IBM is spinning off from its core business.
Soon, the 90,000 employees affected by the change will no longer say they work for “IBM” — perhaps one of the more classic, unambiguous corporate names ever — but instead for “Kyndryl,” a portmanteau whose meaning and pronunciation aren’t immediately clear.
IBM (IBM) says the “kyn” part of the name is derived from is the word “kinship,” and “dryl” comes from tendril, which it said should bring “to mind new growth and the idea that … the business is always working toward advancing human progress.”
Somehow, explaining it just makes it worse. We can deduce that the pronunciation, based on IBM’s stated logic, is “KIN-drill,” but the seemingly arbitrary use of Ys as vowels opens the door to long-I interpretation: KINE-drile?
Read More
Googling the term doesn’t find many alternate uses, although there is a scary-looking “World of Warcraft” character that goes by that name.
It certainly seems like another corporate name that will join the pantheon of failed, or at least widely mocked, brands. But an expert in the field says we shouldn’t laugh too hard.
“It’s not easy to come up with new names,” said Bernd Schmitt, a professor of marketing at Columbia University and the faculty director of the Center on Global Brand Leadership. “Many good names are already taken and protected by law.”
Over time, he said, even a name that may seem strange to consumers can be accepted and embraced. He points out that Haagen-Dazs are completely made-up words that mean nothing. And Verizon (VZ) — the name given the company formed by the 2000 merger of Bell Atlantic and GTE — is a made-up that word raised eyebrows at first, but it’s become an established brand that few think twice about today.
Still, the history of Corporate America is lousy with questionable branding decisions — many of them instant flops — that have left customers scratching their heads. Here are just a few favorite doozies compiled by CNN Business:
Tronc, the name given to Tribune Publishing in 2016, was an effort by the traditional media company to position itself as “a content curation and monetization company.” The name didn’t last any longer than those buzzwords, and the Tribune name returned in 2018.
Venator Group, the name taken on by the once-proud Woolworth Corp. in 1998, as it tried to move away from its struggling discount business to athletic clothing retail. That name was dropped in favor of Foot Locker, then its largest chain, in 2001.
Oath, the name of the subsidiary of Verizon created in 2017 to hold the assets of Yahoo (which it had just acquired) and the assets of AOL (which it already owned.) The name was dropped in 2019 in favor of Verizon Media.
Quibi, a name that came and went in only six months, not because the name was so bad but because the much-hyped streaming service failed so quickly.
Then there are corporate names that have survived, even if they’re probably still not as well known as the company names they replaced:
Altria (MO), the name adopted by tobacco giant Philip Morris in 2002 as it sought to become more diversified.
Mondelez International (MDLZ), the name given to the snack food division that Kraft Foods spun off in 2012. Rather than use the name of any its well-known brands such as Oreos, Ritz or Cadbury, Kraft pointed to Latin as the reasoning for the made-up word, saying that “monde” derives from the Latin word for “world,” and “delez” was meant to be a fanciful expression of “delicious.”
Altaba, the name given to what was left of Yahoo after various parts were sold off in 2017.
Academi, the second rebranding attempt by controversial military contractor Blackwater, which was booted out of Iraq in 2007. It initially tried the name Xe in 2009, before changing to Academi in 2011.
Stellantis, a newcomer on the list, is the company formed by the merger earlier this year of Fiat Chrysler and French automaker PSA Group (itself a relatively new name for the company that made Peugeot). The made-up word is not as well known as any of the brands in its portfolio, but it avoids the inevitable political battles that would have come from selecting a brand name from either side. 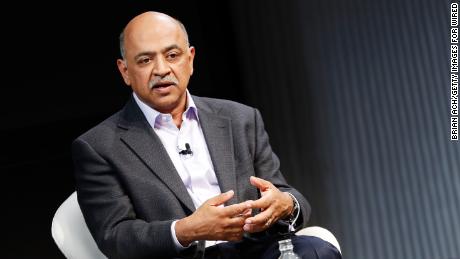 IBM spins off a quarter of the company to focus on the cloud
Some other names appear to be too clever by half, such as News Corp.’s (NWSA) news aggregator site Knewz, or Strategy&, the name that accounting and consulting giant PwC gave to Booz & Co. when it purchased that strategy consulting business in 2014. The ampersand in the name is distinctive, but it was also widely mocked at the time.
Still other companies admit their mistakes and go back to their roots. US Steel changed its name to USX when it acquired Marathon Oil, then reverted to US Steel (X) after it was split into two companies once again.
Federal Express was the original name of the delivery company that changed its name to its stock symbol, FDX, as it tried to broaden its offerings, and then moved back to its popular nickname, FedEx (FDX).
Maybe that is what will eventually happen with Alphabet (GOOG). Google changed the name of its holding company to Alphabet in 2015 to reflect that it has become more than its best-known brand. But even though Alphabet is a real word, its popular adoption was made more difficult by how popular the word Google had already become.
“Google has become part of the language,” Schmitt said. “It is so established, it’s understandable why people would still use that name.”
In the end, the success or failure of a corporate name depends greatly on the success or failure of the company itself, Schmitt said. Google didn’t crush Bing because Google was so much better a name than Bing. The actual product won in the marketplace.
“It’s the product that ultimately decides the success of the brand,” he said. “The name is almost decoration. If Google had failed, we’d be making fun of that name.”

There’s a new member in the pantheon of the worst-named companies in history. Introducing “Kyndryl.”