German Bundesliga club Hertha Berlin sacked goalkeeping coach Zsolt Petry on Tuesday following comments the 54-year-old made about migrants and same-sex marriage in an interview with Hungarian newspaper, Magyar Nemzet.
Petry, who had been at the club since 2015, criticized European migration policies in an interview published on April 5.
Petry made 38 appearances for Hungary as a goalkeeper between November 1988 and May 1996.
When asked whether he sympathized with conservative social policy in Europe, Petry replied: “Entirely. I can’t even understand how Europe is capable of sinking to the moral depths it is at now.
Read More
“Immigration policy to me is the manifestation of moral decline. We should continue to live our lives in Europe according to the national values that we’ve learned over many years.
“Europe is a Christian continent and I am reluctant to watch the moral degradation sweeping across our continent.
“The liberals magnify the counter-opinions. If you don’t consider migration good because a horrifying number of criminals has swept Europe, you’re branded a racist.”
READ: Juan Cala denies racially abusing Mouctar Diakhaby 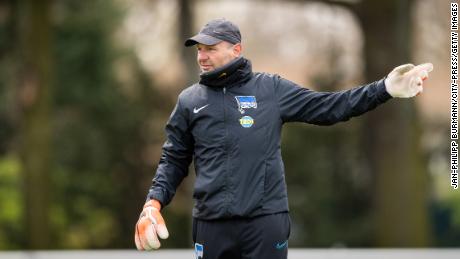 Petry also criticized current Hungary and RB Leipzig goalkeeper Peter Gulacsi for his support of same-sex marriage.
Gulacsi took to Facebook in February to speak out against a law passed by Prime Minister Viktor Orban’s government last December which effectively bans same-sex couples from adopting children.
The new law defines marriage as between a man and a woman and asserts that the “foundation of the family is marriage and the parent-child relationship. The mother is a woman, the father is a man.”
As a rule, only a married couple in Hungary can adopt, with some exceptions made for single people, which would have previously been the pathway for a same-sex couple.
“Everyone has the right to equality […] The same way every child has the right to grow up in a happy family, of any gender, of any color, of any religion,” Gulacsi wrote.
In response, Petry said that he didn’t understand Gulacsi’s position.
“As an athlete in his place, I would focus on football and not formulate public opinions on social policy issues.
“I don’t know what could’ve motivated Peter to stand with homosexual, transvestite and other gender identities. I certainly wouldn’t have stirred up emotions in his place.”
Gulacsi is yet to respond to Petry’s comments.
In a Facebook post on Wednesday, Hungary’s Minister of Foreign Affairs and Trade Peter Szijjarto questioned the sacking and the European Union’s lack of action.
Szijjarto’s post did not mention Petry by name but instead showed a black and white picture of him during his playing days.
The post was directed at European Commissioner for Values and Transparency Vera Jourova, European Commissioner for Justice Didier Reynders, Executive Vice-President of the European Commission Frans Timmermans, former Dutch politician Judith Sargentini and “every other liberal European politician who specializes in unscrupulous education on the subject of freedom of expression!”
“In Germany, a man was fired from his job because he shared his opinion about migration and family.
“Where are you now? When are you going to protest? When do you initiate proceedings and under what article?” Szijjarto wrote.
The European Commission is yet to respond to Szijjarto’s post.
Hertha said that while they “greatly appreciated” Petry’s work, his comments went against the club’s positions on tolerance and diversity.
“He was always open, tolerant and prepared to help. He never acted in a homophobic or xenophobic way,” said Hertha CEO Carsten Schmidt in the club statement.
“Even taking into account the finer details regarding the translation of his remarks, and the fact that several of Zsolt’s remarks from the interview were left out of the publication without consultation, we ultimately concluded that the remarks on the whole do not comply with Hertha BSC’s values,” Schmidt added.
READ: Star golfers speak out on Georgia’s new restrictive voting law 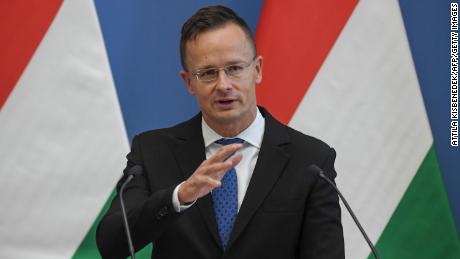 Petry said in the club statement that he regretted his comments and respected the club’s decision.
“I would like to stress that I am not homophobic or xenophobic.
“I deeply regret my comment about immigration politics and would like to apologize to all those seeking refuge here.
“I enjoyed working for Hertha BSC and respect their decision.”

Hungary’s Minister of Foreign Affairs has questioned the European Union’s “freedom of expression” after a Hungarian goalkeeping coach was sacked by his German club over homophobic and xenophobic comments.