Produced by SAIC-GM-Wuling, a company partially owned by General Motors (GM), the Hong Guang Mini EV sells at a starting price that’s equivalent to about $4,400. Now the Hong Guang Mini EV family is growing. The company recently unveiled a new range of pastry-inspired colors and a convertible version of the tiny car. 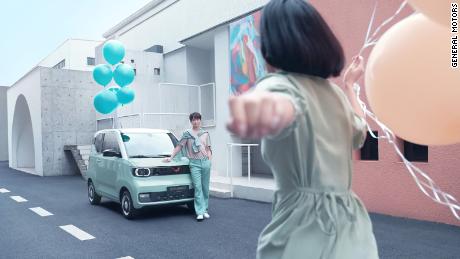 The Hong Guang MINI EV Macaron was introduced earlier this month. It’s offered in three pastel hues — green, yellow and pink — suggestive of the meringue-based cookies. The Macaron models cost the equivalent of between $5,775 and $6,700.
The Hong Guang Mini EV Cabrio, which was introduced ahead of the Shanghai Motor Show this week, has a folding cloth top. It will go into production next year. The company has not announced a price for the convertible version yet.
Considering its affordable price, it’s not surprising that the Mini EV lineup provides basic — very basic — transportation. It’s described as having a “2+2” body style, meaning the back seats are intended for occasional use only.
Read More 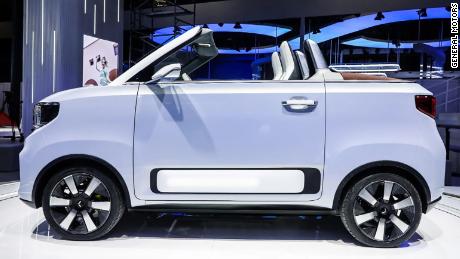 From its front bumper to the back, the Mini EV is 115 inches long, or two feet shorter than a Fiat 500, one of the smallest cars sold in the United States. The Mini EV is powered by a 27 horsepower electric motor which gives it a top speed of 62 miles an hour, and it can travel up to 105 miles on a single charge.
The Hong Guang Mini EV went on sale in July and 270,000 have already been sold, according to GM.

The Wuling Hong Guang Mini EV is tiny, cute and super cheap, helping to make it China’s best-selling electric car. And soon there will be a convertible version.