Dozens of people were killed and hundreds are still unaccounted for following the days-long attack by the ISIS-affiliated group.
Relatives of contractor Philip Mawer said they had been made aware that a body matching his description had been found but were awaiting confirmation. “We understand that a formal process of identification is necessary before we can know for sure whether the body is Philip’s,” the family statement said.
“It appears that Philip died while trying to escape from the siege by ISIS-linked insurgents of the Amarula Hotel near Palma.” 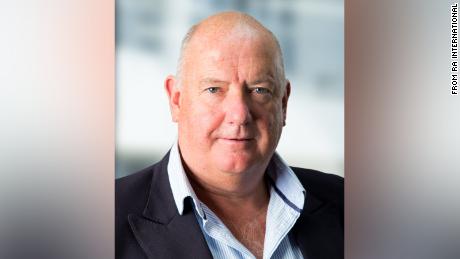 A ferry carrying about 1,200 people evacuated from northern Mozambique arrived Thursday in the port of Pemba, capital of Cabo Delgado Province, according to aid agencies and local journalists.
Read More
Some of those who came off the boat spoke of many casualties in Palma, about 150 miles to the north, following the attack.
The group that carried out the assault is known locally as Shabaab — the Youth — but little is known about its ideology or organization. It has no links to the Somali terror group with the same name. 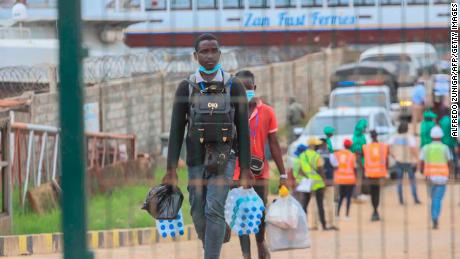 The UN Office for the Coordination of Humanitarian Affairs (OCHA) said in a report Wednesday that the situation in Palma “remains tense, with sporadic fighting and clashes still being reported.”
“More than 3,300 people fleeing the violence in Palma have arrived in Nangade, Mueda, Montepuez and Pemba districts, while thousands of others are believed to be on their way by foot, boat and bus to safer locations,” the update said.
“Displaced people are arriving to safer locations exhausted, traumatized, injured and in need of urgent medical attention. Many have reported seeing their family members killed and said they had to hide in the bushes for days, without food or water, to evade the armed men who attacked their communities.”
Three-quarters of those to have reached safety were women and children, the report said, citing the International Organization for Migration. Some families were separated as they fled and a number of unaccompanied children have arrived in Pemba, the OCHA report said.
Several aid agencies and organizations are assisting those fleeing, including the World Food Programme, Save the Children and the International Organization for Migration. 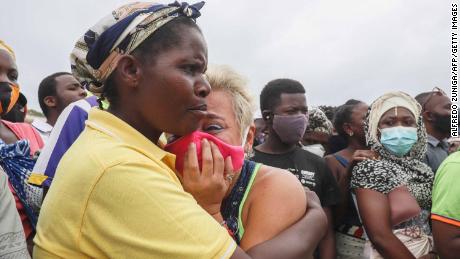 When the attack on Palma began on March 24, the insurgents came from three directions in a well-planned operation. Some of the assailants wore military uniforms, according to regional security sources, confusing the small number of troops based there.
And for the first time, the group appears to have deliberately targeted foreign workers, dozens of whom were trapped at the Amarula Hotel on the town’s northern outskirts.
Mawer’s family described him as an “ebullient, outgoing character who had something of the lovable rogue about him,” adding that “he had a wonderful sense of humour and could be relied on to find a humorous take on the most difficult of situations.”
Mawer, who was born in 1962, had been working for Dubai-based company RA International in Mozambique for 18 months as a country manager, in charge of the building of camps for workers involved in the large natural gas project in the Afungi peninsula run by French company Total.
“It was the nature of his chosen line of work to be in the more dangerous corners of the world and Philip’s career had previously taken him to Somalia, Sierra Leone, Algeria, Afghanistan, and Yemen,” his family said. “His ability to get things done in the most hostile of environments made him a valued colleague.”
Total announced Saturday it was suspending plans to restart operations in the Afungi peninsula, which were previously halted after insurgent attacks in January.

A British contractor missing since Islamist militants first attacked the town of Palma in northern Mozambique just over a week ago is presumed to have died, his family said Thursday.