Merck chief executive Ken Frazier and Berkshire Hathaway director Kenneth Chenault were among the 72 Black executives who signed a letter released Wednesday challenging other corporate leaders to be more forceful in condemning what both said were deliberate attempts by Republicans to limit the number of Black Americans casting ballots in key states.
Republicans who passed Georgia’s controversial law say the measure is needed to stop illegal voting. Opponents say the legislation, and similar measures being considered in other states, amount to voter suppression efforts that will reduce minority voting. President Joe Biden has called the bill “Jim Crow in the 21st Century” and “an atrocity.”
“Many people died for the right of Blacks being able to vote,” Chenault told CNN Business on Wednesday. “What we’re calling on corporations to do is not just say they believe strongly in the right to vote. It’s to publicly and directly oppose any discriminatory legislation and all measures designed to limit any individuals ability to vote.” 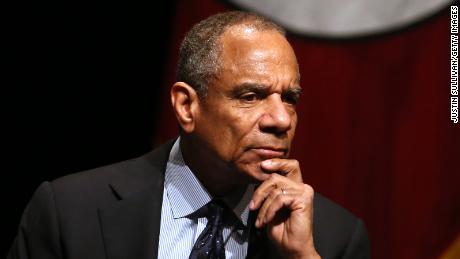 The letter recounts the history of efforts to restrict African Americans’ voting rights during and prior to the Civil Rights movement and calls on the larger business community to use its influence to stop efforts to limit voting.
Read More
Additional signatories include former Xerox CEO Ursula Burns, M&T Bank chairman and chief executive Rene F. Jones and Google VP of Global Partnerships Bonita C. Stewart.
“As Black business leaders, we cannot sit silently in the face of this gathering threat to our nation’s democratic values and allow the fundamental right of Americans, to cast their votes for whomever they choose, to be trampled upon yet again,” the letter reads. “We call upon our colleagues in Corporate America to join us in taking a non-partisan stand for equality and democracy. Each of us stands ready to work with you on what can and must be done.”
Chenault and Frazier said this is the first time Black corporate executives have come together so forcefully to comment on a social justice issue.
Georgia’s Coca-Cola and Home Depot face boycott calls for not being more forceful in condemning Republican lawmakers in the companies’ home state for supporting bills that critics say are designed to limit Black voter turnout under the guise of combating voter fraud. Former Trump administration attorney general William Barr and other GOP leaders have concluded that widespread voter fraud doesn’t exist.
In the aftermath of the 2020 election, GOP leaders in several states, including Georgia, have come under fire for passing laws that create new voter ID requirements for absentee ballots and grant control over local election boards to state officials. A majority of Georgians voted for a Democratic president for the first time in a generation and elected its first Black senator.
The Georgia bill Gov. Brian Kemp signed into law on Thursday also restricts the use of ballot drop boxes in parts of the state more-heavily populated by Black Americans and makes it a crime to give food and water to voters standing in line at the polls. 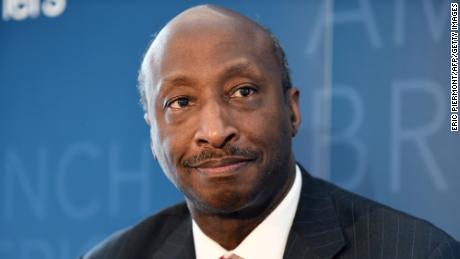 “What they’ve done is they’ve gone into the legislatures and, without any kind of evidence or fact-finding, have passed laws to make it harder for people to vote,” Frazier told CNN Business . “I think if you look at the totality of all those things, it’s unquestionable it will have an impact not just on illegal voters but also legal voters.”
Citigroup CFO Mark Mason joined the chorus of Black executives voicing opposition to the voter restriction bills Wednesday afternoon.
“As an American, I am appalled by the recent voter suppression laws passed in the state of Georgia,” Mason wrote on Linkedin. “I see it as a disgrace that our country’s efforts to keep Black Americans from engaging fully in our Constitutional right to vote continue to this day.”
JPMorgan Chase chief executive Jamie Dimon and Delta Airlines CEO Ed Bastian both voiced their opposition, too.
Delta’s headquarters is in Atlanta and is facing calls for boycotts for declining to weigh in on the state’s new law sooner.
“I need to make it crystal clear that the final bill is unacceptable and does not match Delta’s values,” Bastian said of Georgia’s new voter restrictions law in a statement posted on Delta’s website.
“After having time to now fully understand all that is in the bill, coupled with discussions with leaders and employees in the Black community, it’s evident that the bill includes provisions that will make it harder for many underrepresented voters, particularly Black voters, to exercise their constitutional right to elect their representatives. That is wrong,” he added.

Some of the nation’s most prominent Black business leaders are calling out their Fortune 500 peers for their muted response to new laws that restrict voting across the country.