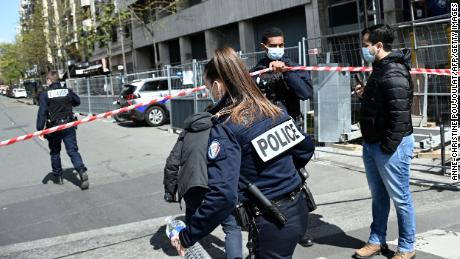 The Henry Dunant Hospital is a geriatric hospital, located in an affluent neighborhood. It is run by the French Red Cross and it currently serves as a Covid-19 vaccination center.
Speaking to BFM TV, the mayor of the 16th arrondissement, Francis Szpiner, said the shooting was “not a terrorist attack against a vaccination center” and that inoculations will continue at the site.
“At this time, the attacker has not been identified. It goes without saying that his identification will allow for a significant progress in the investigation. We are leaning towards a targeted criminal attack,” he added.

One person was killed and another injured after a shooting in front of a private hospital in Paris on Monday, a police source told CNN.