Inventory of homes for sale remained at a record low 1.03 million homes in February, the same as January, and dropped a record 30% from a year ago, according to the National Association of Realtors.
Properties sold in February typically remained on the market for a record low of just 20 days, down from 36 days a year before. Nearly three-quarters of homes sold in February were on the market for less than a month, according to NAR.
In the most popular part of the market — homes that sell between $250,000 and $500,000 — properties were on the market for just 14 days.
Existing home sales — completed transactions that include single-family homes, townhomes, condominiums and co-ops — continued to increase and were up 9% from one year ago. At that time, the coronavirus was just emerging in the US, and the economy had yet to be significantly impacted.
Read More
The median price of a home, $313,000, is now 16% higher than a year ago, when it was $270,400, with all regions of the country seeing double-digit price gains from last year.
Even though the market is doing better than its pre-pandemic levels, the number of home sales dropped 6.6% from January, which Lawrence Yun, NAR’s chief economist, attributes to historically low inventory.

While February’s sales, which likely went into contract in January, do not reflect the past month’s rise in mortgage rates, Yun said a slowdown in growth is possible in the next few months. Higher prices caused by low inventory, along with rising interest rates will hamper affordability for many buyers. 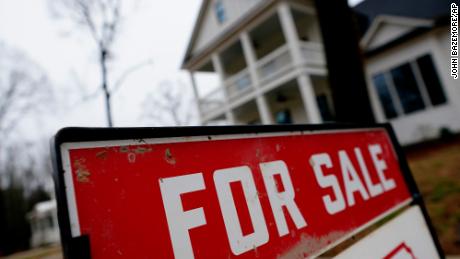 How to buy a home with no down payment
“Home affordability is weakening,” Yun said. “Various stimulus packages are expected and they will indeed help, but an increase in inventory is the best way to address surging home costs.”
Yun said that February typically sees an increase in housing inventory coming to market. But not this year.
The harshest blow will be dealt to the lower priced part of the market. For homes priced under $100,000, there were 43% fewer homes available in February than a year ago and 26% fewer sales. Inventory for homes priced between $100,000 and $250,000 was down 37% from last year while sales were down 11%.
The only price range that had more inventory than a year ago were homes priced at $1 million and over. There were also 81% more sales at that level than last year.

The low supply of homes has led to a sharp run-up in home prices, said Mike Fratantoni, senior vice president and chief economist at the Mortgage Bankers Association. But, he said MBA’s tracking of mortgage applications to purchase a home shows there is still strong demand for homes.
“This is being driven by an improving job market and strong demand from first-time homebuyers, as well as mortgage rates — which remain quite low from a historical perspective, even with the recent increases,” he said. 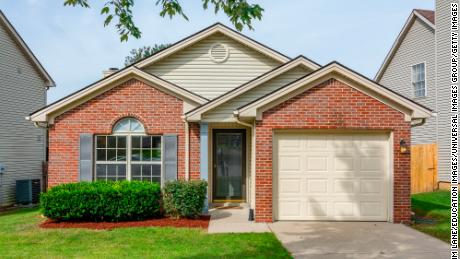 Mortgage rates rise again, making refinancing less attractive for many homeowners
MBA’s forecast is for home sales to increase this year, and it anticipates a strong spring housing market.
“However, this is dependent on both builders ramping-up production and current owners listing their homes for sale,” said Fratantoni.
While demand remains strong, higher prices make buying more challenging for first-time buyers, especially those competing in multiple-bid situations with all-cash offers.
The number of first-time buyers was down in February, while the number of all-cash purchases and investors purchasing rose.

Finding a home to buy remains a challenge for house hunters right now.