To accomplish its goals, the British government wants to increase defense spending by GBP24 billion ($33.3 billion) over the next four years, a large increase on the GBP42.2 billion it spent in 2019-2020.
The government also pledged tens of billions of pounds in investment in other areas, including GBP15 billion for research and development for science and technology, more than GBP17 billion to fight climate change and promote biodiversity, and GBP13 billion in the fight against the coronavirus.
The document reaffirms the UK’s defense and economic partnerships with the US as its most important in the world, and it makes a strong commitment to the NATO alliance but pledges to expand Britain’s role worldwide, recognizing a tilt toward the Indo-Pacifc in the coming decade.
From that region, it calls out challenges posed by China.
Read More 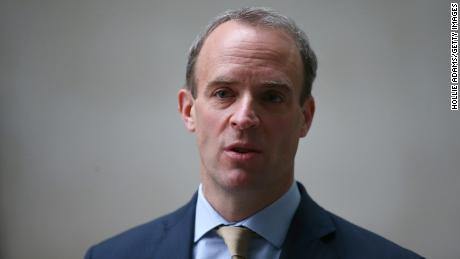 Britain challenges China at UN over access to Xinjiang
“China’s increasing power and international assertiveness is likely to be the most significant geopolitical factor of the 2020s,” the review says, describing Beijing as “the biggest state-based threat to the UK’s economic security.”
Speaking in parliament after the release of the report, Johnson criticized China for its mass detention of Uyghur people in Xinjiang province and treatment of democracy advocates in Hong Kong, but said London must work with Beijing to solve global issues.
“There is no question that China will pose a great challenge to an open society such as ours, but we also work with China where that is consistent with our values and interests including building a strong and positive economic relationship and in addressing climate change,” Johnson said.
The 116-page report, titled “Global Britain in a Competitive Age,” reserves its most significant criticisms for Russia.
“Russia will remain the most acute direct threat to the UK,” it says at one point.
“Russia is the most acute threat in the region and we will work with NATO Allies to ensure a united Western response, combining military, intelligence and diplomatic efforts,” it says in another, pledging to work within the alliance to “deter nuclear, conventional and hybrid threats to our security, particularly from Russia.”
As part of its deterrence strategy, the UK will increase its number of nuclear warheads to 260, a substantial increase from a previously announced goal of 180. 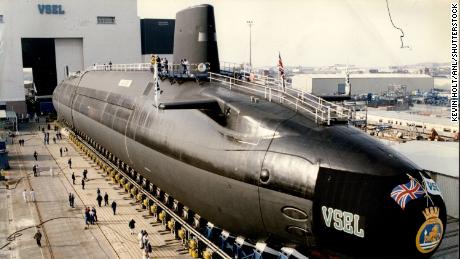 The Royal Navy will keep four nuclear-powered ballistic missile submarines from which to launch those warheads, ensuring that at least one submarine is on duty at all times, the report said.
The submarine fleet will get new vessels beginning in the early 2030s, when the first of the Dreadnaught class is delivered, replacing Vanguard-class subs which have been in service since the early 1990s, the report says.
The document also reaffirms Britain’s nuclear commitment to NATO, saying the force could be committed to defending its European allies as well as the UK itself.
“Global Britain is not a reflection of old obligations, much less of as a glorious gesture, but a necessity for the safety and prosperity of the British people in the decades ahead. And I am determined that the UK will join our friends in ensuring that free societies flourish after the pandemic, sharing the risks and burdens of addressing the world’s toughest problems,” Johnson said.
“Britain will remain unswervingly committed to NATO and preserving peace and security in Europe, and from this secure basis we will seek out friends and partners wherever they are found, building a coalition of openness and innovation and engaging more deeply in the Indo-Pacific.
In going along with the “Global Britain” theme, more UK troops will be deployed overseas more often, the report says, highlighting the deployment later this year of the aircraft carrier HMS Queen Elizabeth strike group to the Mediterranean, Indian Ocean and the waters of the Asia-Pacific. 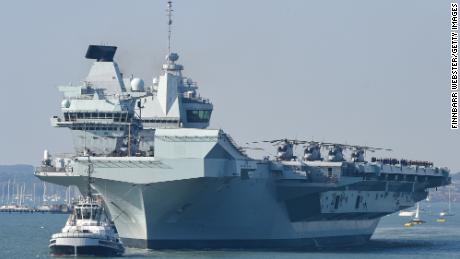 UK says its aircraft carrier strike group is ready to deploy. China’s already watching
The carrier strike group’s deployment on a 20,000-mile voyage, and the exercises it wiil hold with allies and partners along the way, shows the UK’s commitment to freedom of the seas, Johnson said.
Britain will also revamp its overseas military installations in places like Singapore, Oman, Kenya and Gibraltar.
The report also promises an expanded commitment to UK operations in outer space. The British military will form a Space Command, “ensuring that the armed forces have cutting-edge capabilities to advance UK interests on Earth and in space” by this summer.
By next year, Britain plans to have the ability to launch commercial satellites into space from Scotland.
In the cyber realm, the report says the UK is the world’s third strongest cyber power. It will try to harness that power in a new National Cyber Force which will be integrated with counterterrorism and military forces.
“By strengthening our armed forces we will extend British influence while simultaneously creating jobs around the United Kingdom, reinforcing the union and maximizing our advantage in science and technology,” Johnson said. 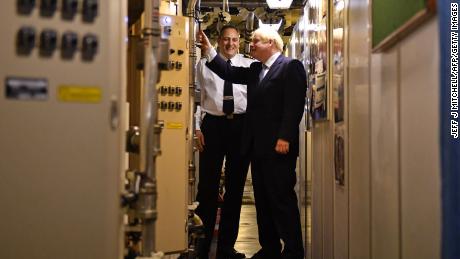 “With the extra investment and new capabilities of the integrated review I believe the UK can thrive in an ever more competitive world and fulfill our historic mission as a force for the good,” the Prime Minister concluded.
The opposition pounced on what it said were holes in the document, including no mention of possible cuts to British armed forces that have appeared in media reports in recent days.
“This review has been built on foundations that have been weakened over the last decade,” said Labour leader Kier Starmer. “Our armed forces, our numbers have been cut by 45,000 and there is still a black hole of 17 million in the defense equipment plan.”
“The Prime Minister can’t avoid the question that everyone in our armed forces and their families will be asking today: will their be further cuts to the strength of our army and our armed forces?”
The document’s tough lines on Russia and China belie recent government actions concerning those countries, he said.
“Eighteen months ago the Russia review concluded that the threat was urgent and immediate. So why have none of its recommendations been implemented?” Starmer said.
And concerning China, he said the new toughness was a decade too late.
“Conservative governments have spent 10 years turning a blind eye to human rights abuses whilst inviting China to help build our infrastructure. Now that basic inconsistency is catching up with them,” Starmer said.

Russia is Britain’s top security challenge, the UK will build more nuclear weapons and London will expand its presence in the high-tech realms of space and cyberspace, Prime Minister Boris Johnson announced Tuesday in a sweeping review of British military and foreign policy.