The United Kingdom exported goods worth GBP8.1 billion ($11.3 billion) to the European Union in its first month completely outside the bloc, a 41% decline compared to December, according to the Office for National Statistics. The drop off in trade is similar when compared to January 2020, ONS data shows.
Imports from the bloc tumbled 29% to GBP16.2 billion ($22.6 billion) in January compared with the previous month, when UK companies stockpiled goods ahead of the end of the Brexit transition period. The import and export figures do not include trade in gold and other precious metals.
The plunge in activity with its biggest trading partner led to the largest monthly declines in Britain’s overall goods imports and exports since 1997, the ONS said.
Since the United Kingdom completed its departure from the European Union on December 31, British exporters have had to contend with new border checks and customs processes that have delayed shipments to Europe. Prime Minister Boris Johnson’s description of the difficulties as “teething problems” has prompted pushback from business groups. 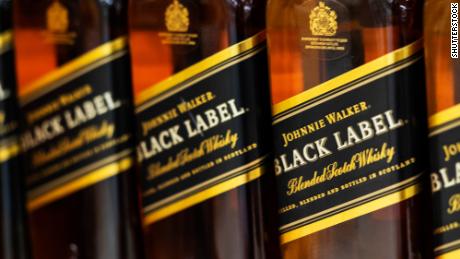 US-UK trade truce means cheaper whisky for Americans
Read More
“External evidence suggests some of the slower trade for goods in early January 2021 could be attributable to disruption caused by the end of the transition period,” the ONS said in a statement on Friday. Importing and exporting began to increase towards the end of the month, it added.
The ONS said that trade has “not been typical in recent months” and urged caution when comparing the report to recent data. The United Kingdom also went into a new national coronavirus lockdown at the beginning of January, which has weighed on economic activity.
UK GDP fell 2.9% in January compared with the previous month, when it expanded, according to the ONS. GDP was 9% below levels seen last February, before the coronavirus hit. The services sector acted as the main drag on growth, while manufacturing suffered its first contraction since April 2020, the ONS said.

One stark example of what Brexit has meant for UK companies has come from Scotland’s fishing industry, which was thrown into crisis by post-Brexit red tape that meant fresh fish couldn’t reach customers on time and had to be dumped in some cases.
“While the plunges in exports and imports weren’t entirely due to Brexit, they increase the chances that Brexit will have a longer lasting influence on trade flows,” said Paul Dales, chief UK economist at Capital Economics.
According to the ONS, exports of food and live animals including seafood to the European Union decreased by nearly 64% in January compared to the previous month.
Trade in cars also fell sharply, linked to a fall in demand, reduced manufacturing and global supply chain issues. Automakers have been hit by a critical shortage of computer chips, which has prompted temporary production stoppages and factory closures.
Pharmaceutical products traded with EU countries suffered the largest overall declines in imports and exports, which was likely a consequence of stockpiling in preparation for Brexit, the ONS said.