London (CNN) — The fallout from Oprah Winfrey’s jaw-dropping interview with Harry and Meghan this week has been extraordinary and layered.
The revelations kept coming throughout the two-hour primetime special, then Oprah threw out a few more grenades with unseen material the following morning.
The pair’s allegations now have Britain’s royal family publicly defending itself against accusations of racism and gaslighting.
This wasn’t just a US-UK affair. Millions around the world tuned in to witness how fairytales don’t always come true.
Read More
Royal interviews tend to be exposes of life behind palace walls. There were plenty of those here, but the interview also displayed deep splits in British society.
UK TV host Piers Morgan said he “didn’t believe a word” Meghan said during the interview, including the revelation that she had experienced suicidal thoughts during her time as a senior royal. His tirade against her on British morning television prompted a near-record number of viewer complaints but he refused to apologize, citing his right to free speech. He promptly quit after a showdown with management. 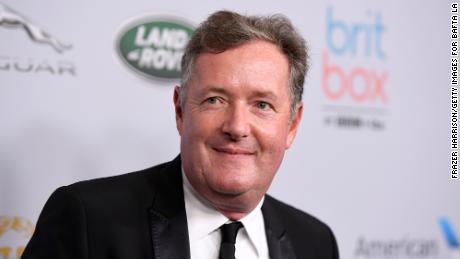 Meanwhile, the head of a UK journalism body, the Society of Editors, took issue with remarks made by Harry during the interview about racism in British media. The response sparked a rebuke from more than 160 journalists and a huge backlash online, which culminated in the organization’s executive director stepping down.
People may pick holes in the details of what Meghan and Harry said but there is no denying that the themes they spoke to struck a chord for large swathes of people, particularly in America, and made “the institution” look outmoded.
The couple had nothing but praise for the current monarch — Elizabeth — but they were scathing about her heir — Charles.
We were told how Harry’s father stopped taking his second son’s calls, and Harry was then stripped of his security detail. We were left wondering if Charles might have been the person who discussed the skin color of his grandson. The couple would not name the senior royal involved. All we know is that it wasn’t the Queen or Prince Philip. 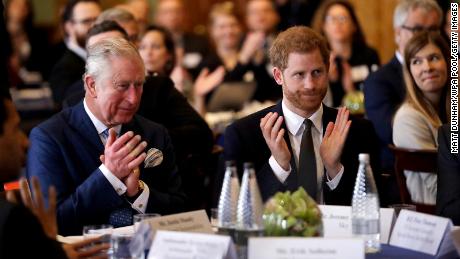 The royals responded in the way that royals often do. Charles continued his public duties as scheduled, with a visit to a Covid vaccination center on Tuesday, and ignored a question thrown at him about the interview by a reporter.
Two days later, William visited a school and was less restrained.
“Is the royal family a racist family, sir?” he was asked by a reporter.
“We’re very much not a racist family,” William replied.
Had he spoken to Harry, the reporter probed. William said he hadn’t, “but I will do.”
Who would enjoy discussing such family matters in front of the cameras? But that is the lot of British royals. They aren’t a regular family. We all feel we have a stake in them and a right to know.
There’s sadness for the brothers and sympathy for the Queen, who has dedicated her life to strengthening the institution her grandson seemed determined to tear down on global television.
She hit back with a pointed statement, saying, “Whilst some recollections may vary, they are taken very seriously and will be addressed by the family privately.” In other words, we’re not sure of your version of events and can you please take this offline?
That seems unlikely when all involved have such high-profile roles and show no intention of backing down.
What of the harm done to the monarchy itself?
A royal source told CNN that “diversity, equality, inclusion and mental health are important issues and highlighting that has formed part of the work of members of the royal family for many years.”
That they felt the need to mention that speaks to how concerned they must be that all that work is now being questioned.
If the challenge for the family is how to rebuild relationships, then the challenge for “The Firm” is how to rebuild trust.

NEWS OF THE WEEK

Details you may have missed in the Oprah interview
With so many concerning and disturbing revelations, you may have overlooked some of the more light-hearted moments. On any other day, news that the pair were expecting a baby girl this summer would have been the biggest headline. Meghan also paid tribute to Harry’s mother, Diana, by wearing a sparkling tennis bracelet belonging to the late royal. Harry sang a line from the 1980s hit “Just the two of us” as Meghan said they secretly married in the backyard three days before the royal wedding in Windsor. We also got a glimpse of their new life in California. Archie made a brief appearance in adorable black-and-white footage of the family playing on a beach and we found out their backyard has a chicken coop complete with the following sign — “Archie’s Chick Inn: Established 2021.”
Where is Prince Philip?
As the royal family breakdown played out this week, the Queen’s husband, Philip, is still in the hospital. The Duke of Edinburgh was admitted 24 days ago and is still recuperating at King Edward VII’s Hospital in London after a successful “procedure” for a pre-existing heart condition at St. Bartholomew’s Hospital last Thursday.
The Queen’s youngest turns 57
Prince Edward, the youngest of Elizabeth and Philip’s four children, celebrated his birthday Thursday. The Earl of Wessex is a full-time working royal, often undertaking engagements in support of the monarch with his wife, Sophie, Countess of Wessex. Each royal has a set of focuses. Edward took over development of the Duke of Edinburgh’s Award, a program set up by his father in 1956, which rewards children for achievements in personal development and community involvement.

FROM THE ROYAL VAULT

In the Oprah interview, Meghan said that while she was pregnant there were discussions over whether her future children would have titles.
“They were saying they didn’t want him to be a prince or a princess, not knowing what the gender would be, which would be different from protocol,” she explained. Meghan then referenced George V’s 1917 Letters Patent and said that “they said they want to change the convention for Archie.”
The couple cited the royal institution’s decision to deny Archie a title — and with it his eligibility for protection — along with a lack of support over invasive press coverage as two of the determining factors in their decision to leave the UK.
So, what is the 1917 Letters Patent and how does it determine who gets a title and who doesn’t?
Being born into the royal family doesn’t automatically give you a title. Harry’s great-great-grandfather King George V limited the use of the titles Prince and Princess to certain senior members of the family by issuing the 1917 Letters Patent — essentially an open letter from the monarch.
“The grandchildren of the sons of any such sovereign in the direct male line (save only the eldest living son of the eldest son of the Prince of Wales) shall have and enjoy on all occasions the style and title enjoyed by the children of Dukes of these our realms,” part of the letter reads.
That means that only Prince George, the firstborn child of William and Catherine and a direct heir, should have been given the title of prince. However, the Queen issued her own Letters Patent in 2012 so that all future Cambridge children were eligible for titles.
The Queen didn’t step in again when Archie was born. Right now, by royal decree, Archie isn’t entitled to be a prince. But that will change when Charles ascends the throne. By that point, the Sussexes’ offspring will be grandchildren of a sovereign and as such, finally eligible for titles. It is unclear how their departure as senior royals might affect this.

A WORD FROM THE ROYALS

“The whole family is saddened to learn the full extent of how challenging the last few years have been for Harry and Meghan. The issues raised, particularly that of race, are concerning. While some recollections may vary, they are taken very seriously and will be addressed by the family privately. Harry, Meghan and Archie will always be much loved family members.”

The full statement issued by Buckingham Palace on behalf of Her Majesty The Queen.

What do you think about Harry and Meghan’s decision to speak to Oprah? Drop us an email on royalnews@cnn.com. And let us know what you think about our first edition of the newsletter.

Sign up for the Royal News, a new weekly newsletter

Canada military will help out in the province of Ontario as...

Social media is a lifeline for desperate Indians. And a threat...

House to vote on sweeping government, ethics and election bill