People who escaped the town of Palma in Cabo Delgado province speak of dozens of bodies scattered on the streets — some beheaded, of buildings burned to the ground, banks raided and the local army barracks ransacked. 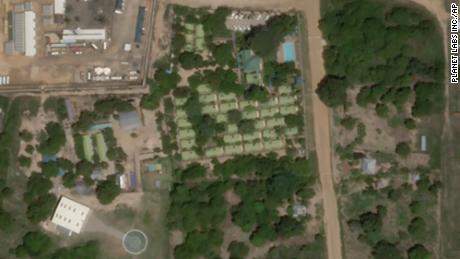 The group that carried out the attack is known locally as Shabaab — the Youth — but little is known about its ideology or organization. What is clear is that its reach has expanded across much of Cabo Delgado, a province the size of Austria. Mozambique’s government, despite the assistance of private military contractors from South Africa and Russia in the past two years, has been unable to halt its momentum.
Shabaab has become so successful that it was admitted in 2019 to the Islamic State’s Central Africa Province (ISCAP), which calls the group Ahl al-Sunnah wa al Jamma’ah (ASWJ). Since then, the group captured a significant port — Mocimboa da Praia — last August and has now overrun Palma. Its operations have also disrupted massive projects to develop Mozambique’s natural gas reserves.
On Monday, ISCAP claimed responsibility for the Palma attack — its first claim in Mozambique since November 2020. The ISIS-affiliated Amaq news agency said the attack had “resulted in the deaths of 55 Mozambican forces and Christians including contractors from outside the country.”
Read More 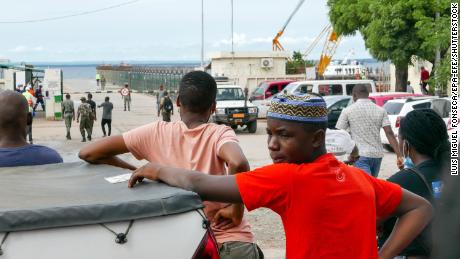 The attack on Palma began last Wednesday. The insurgents came from three directions in a well-planned operation. Some of the assailants wore military uniforms, according to regional security sources, confusing the small number of troops based there.
And for the first time, the group appears to have deliberately targeted foreign workers, dozens of whom were trapped at a hotel on the town’s northern outskirts.
A convoy of 17 vehicles tried to escape Palma on Friday for a complex run by French oil company Total about 15 kilometers (nine miles) to the north. But the convoy ran straight into an ambush set by the insurgents: The occupants of several vehicles are still unaccounted for. Others hid in the forest and were rescued Saturday.
Thousands of local people are thought to have fled into the bush or mangrove swamps, or tried to escape by boat, according to aid agencies. Some have begun arriving in the port of Pemba, 200 kilometers (124 miles) to the south, adding to Mozambique’s already vast pool of internally displaced: Around 670,000 people according to the United Nations.
Security analysts describe the attack on Palma as a game-changer in its audacity. Alexandre Raymakers, senior Africa analyst at Verisk Maplecroft, says the group’s “ability to hit multiple targets simultaneously in a three-pronged approach and the use of small arms fire combined with mortar fire to overwhelm government forces in just a couple of hours shows enhanced command and control and discipline.”
The armed forces are going to “face a very difficult challenge in the months ahead,” Raymakers said, with Shabaab now controlling territory to the Tanzanian border.

Five years ago, Shabaab was a group of disaffected young Muslims who had fallen out with Mozambique’s Islamic establishment. Cabo Delgado and neighboring Niassa are the country’s only Muslim-majority provinces. Despite huge mineral and other resources, Cabo Delgado is the country’s poorest province, and many Muslims feel discriminated against.
The young militants rejected the use of alcohol and secular schools and exploited the region’s poverty. They resisted any relationship between the Muslim community and the state, stressing that only Islamic law should be obeyed.
But it was only in 2017 that they turned to violence, with their first attack on Mocimboa da Praia. In the early stages of the insurgency, they had few weapons other than machetes. They would attack isolated villages, killing indiscriminately. There was no effort to win over people to a cause that was rarely explained or promoted.
Since 2018, they have made much of Cabo Delgado ungovernable or inaccessible, terrorizing the local population, ambushing police and military patrols and destroying everything from clinics to banks.
They have also gained access to much better weapons, including rocket-propelled grenades and mortars. Some were taken from the Mozambican military after ambushes; but regional security experts say the group likely smuggled weapons in by sea or across the border from Tanzania.
Shabaab launched their first major attack on an urban center in August 2020, driving Mozambican special forces out of Mocimboa da Praia and then ambushing troop reinforcements sent to the town. And for the first time, the group held onto its gains rather than retreat into the bush. Government forces have yet to recover the town.
Human rights groups say the Mozambican government’s response to the insurgency has often been arbitrary and brutal. Only recently did it pledge new investment in the economically deprived province. 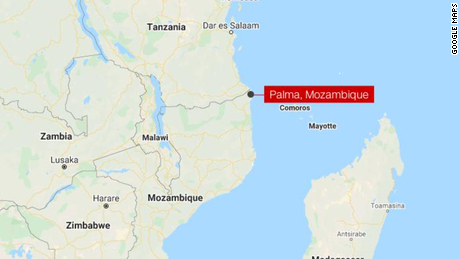 Foreigners and locals among dozens killed in Mozambique terror attack
Cabo Delgado’s potential resources include natural gas reserves which, if exploited, could propel Mozambique into the top 10 liquid natural gas (LNG) producers in the world. But Total suspended work at its Afungi complex in December after a series of attacks nearby, and has now abandoned plans to resume operations after this latest attack.
Raymakers told CNN that the assault on Palma was a “major setback for the government, especially after the Total announcement, and seriously brings into question their ability to secure LNG projects vital for the country’s long-term financial prosperity.”
He added: “Total’s decision to resume construction was contingent on [Mozambique’s government in] Maputo guaranteeing a 25-kilometer security perimeter around the Afungi peninsula, which would include Palma.”
Despite the carnage caused by Shabaab, their leadership and goals remain obscure. They rarely publicize their attacks or issue statements. ISCAP has released a few videos and images of weapons seized and villages attacked, but nothing of the group’s leaders.
This month, the United States formally designated the insurgents — which it dubbed as Islamic State Mozambique — as a terrorist organization. A senior US State Department official told CNN then that the US government was “convinced of significant and substantial linkages to the Islamic State.”
“The tactics and the maneuvers of the extremists over these last several months, as well as their effectiveness in combat, as well as other indications, convinced us that there is significant ISIS support,” the official said.
As yet there is little firm evidence about the extent or nature of that support. The operational links between Shabaab and ISIS remain, at best, opaque. The same applies to any financial or training support.
Several analysts believe Shabaab’s ranks have been swollen by Tanzanian fighters who share a linguistic and ethnic background. 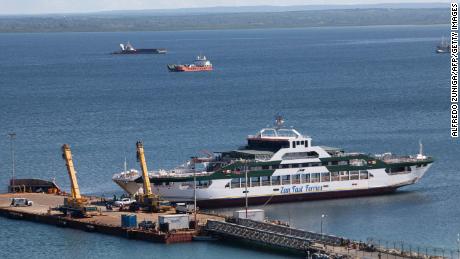 In an ominous sign, the group also launched its first attack across the River Ruvuma into Tanzania late last year, attacking a police station and killing several people.
Paul Cruickshank, editor in chief of CTC Sentinel at the Combating Terrorism Center at West Point, says: “So far Mozambique and the Democratic Republic of Congo have borne the brunt of ISCAP violence.
“With Tanzania sandwiched between those two countries, there is great concern Tanzania may also be engulfed by jihadi violence, especially given a significant number of Tanzanians have been recruited into ISCAP.”
But Raymakers says the government in Maputo needs to acknowledge that the insurgency has local roots — and launch a broader dialogue about Cabo Delgado’s natural wealth as well as the historic marginalization of the region. A purely military approach shows no sign of working.
The raid on Palma has shown that the momentum is very much with the insurgents — and so long as they continue to inflict defeats on government forces, ISIS is likely to promote and applaud the group.

The assault over the last week by Islamist militants on a town in northern Mozambique is the most serious and deadly in their four-year insurgency — and directly threatens the country’s economic future.