Kassim Majaliwa said he was surprised people were questioning the President’s whereabouts, adding that the leader was “fine and continuing with his daily activities,” as he spoke during a Friday prayer session at a mosque in the country’s Njombe region, according to state broadcaster Tanzania Broadcasting Corporation.
President Magufuli, who makes weekly public appearances at Sunday church services, hasn’t been seen since February 27, fueling speculation that he is ill and was being treated abroad.
Unconfirmed reports have appeared in regional media outlets suggesting the leader had been admitted to Nairobi Hospital for Covid-19 this week. CNN has been unable to confirm the status of the President.
Over the course of the pandemic, Magufuli had downplayed its dangers, previously claiming that Tanzania had defeated Covid-19 through prayer and insisting the virus was not a threat to the East African nation. He has questioned the safety of foreign Covid-19 vaccines and made no plan to procure any vaccines for his country, instead pushing for the use of herbal medicine and steam treatments. 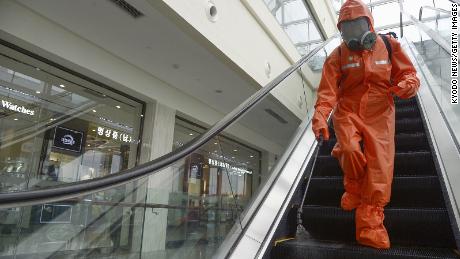 The countries making dubious claims over Covid-19 — and what that means for the world
Read More
Tanzania hasn’t reported Covid-19 figures since April 2020, prompting the World Health Organization to call for Tanzania to publish data on the coronavirus and ramp up public health measures. Last month, the US Embassy in Dar es Salaam warned that Covid-19 cases had been surging since January.
Cases involving infected Tanzanians traveling abroad have underscored the need for “robust action,” WHO director-general Tedros Adhanom Ghebreyesus said in a February 20 statement.
Two people who traveled from Tanzania to the United Kingdom were carrying the B.1351 variant first detected in South Africa, which seems to be more transmissible than other versions of the virus, and which might evade some of the immune protection offered by antibodies.
“WHO is yet to receive any information regarding what measures Tanzania is taking to respond to the pandemic,” Tedros said. “I renew my call for Tanzania to start reporting Covid-19 cases and share data.”

Tanzania’s Prime Minister has dispelled rumors about President John Magufuli’s health after days of wide speculation that he was ill with Covid-19.