I have a rolodex of memories, many of them fraught with the sort of pain that grips you by the throat.
I’ll never forget the piercing wail of a woman falling to the ground, her hijab tumbling off, her auburn hair spilling out, as she screamed with an agony the depths of which I had never heard. We were outside a hospital in Samarra in 2004; her brother was one of the dead inside, killed as the US military tried to take the city back from Sunni insurgents.
I can still remember how speechless I was when one of our Iraqi staff walked into the bureau looking pale and shellshocked and told us how they found his cousin’s decapitated body.
I can see the bloody handprints on the wall in the back of a church, in a room where people tried to hide as armed men gunned them down.
Read More 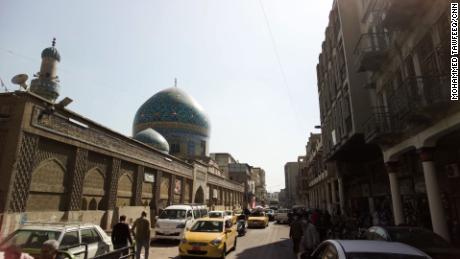 The endless bombings, day after day, flesh splattered across buildings, hanging from lampposts and trees.
The shock as Iraqis watched their country unravel, gripped by such violence and cruelty that neighbors turned on each other, families were ripped apart and friends became enemies, as fear and mistrust tore at the fabric of society they thought they knew so well. 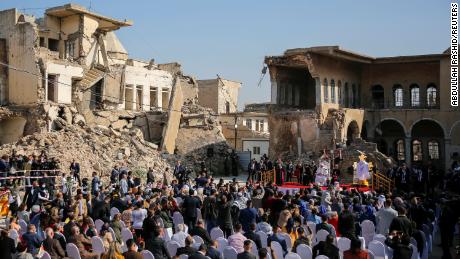 Amid the rubble of Mosul, Pope Francis declares hope ‘more powerful than hatred’
While Iraq still needs to reckon with that chapter of its dark history that has defined much of what the country is today, it does not define what its people mean to me, or to so many of us who spent years reporting from there.
It is a history that has taught its people to find snippets of happiness in the smallest of things, to fully enjoy what others take for granted so that each moment is lived to the fullest because one never knows when it might end.
Iraqis chase laughter, albeit often the product of a carefully crafted dark sense of humor that provides a brief escape from reality.
Much has changed in the last 18 years, and much has been done to create an illusion of change. The younger generation, who do not remember much of life under Saddam Hussein, are fighting to smash that illusion and make it a reality. 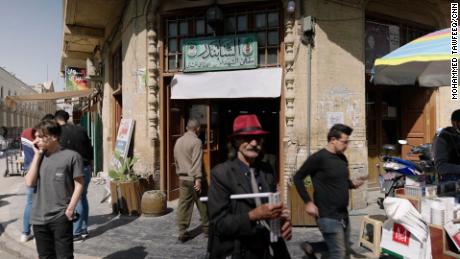 They are the ones whose lives are more defined by the US-led invasion, of Iraq’s sectarian bloodletting of the country’s faltering democracy project, of openness to the outside world through the internet and social media.
I first met Noof Assi a decade ago when she was 21 years old. When she was in her teens the streets around her high school were regularly lined with corpses; in the end, she stopped crying when she witnessed death or saw the dead. That was not a price that she or any Iraqis were ever asked if they were willing to pay. She longed to sleep without medication, to wake up in a home that gave her love and hope, without the constant fear of ending up in a grave. And yet she fought for the Iraq she dreamed of, demonstrating to demand basic services and government reforms.
Today, Noof says she has recovered her empathy, what she describes as her “lost humanity.” She has not given up on the fight for a better Iraq. We spoke in February standing in Baghdad’s Tahrir Square, once the epicenter of the more recent demonstrations that broke out in 2019 and cost hundreds of lives, now permanently lined with riot police.
Noof says: “If you look at it overall, nothing has changed. But our lives, the way we look at things, our perspectives have changed… and the way that the system looks at us, the youth, the new generations, that has changed.”
One of Noof’s friends was killed in Tahrir Square when a tear gas canister penetrated his skull. She constantly asks herself if it was all worth it — losing all these people. She doesn’t know the answer yet.
Iraqis, and those of us who cover Iraq, are also constantly asked: “Was it better under Saddam or now?” It’s not a yes or no answer. To quote our dear friend and colleague Mohammed Tawfeeq, who was the cornerstone of our Iraq coverage before he got asylum in the US: “Why do we have to choose between two nightmares? Why are these the only options? Why don’t we have a third option?”
I know that each trip into Iraq will set off a rollercoaster of emotions — a ride that Iraqis have been on for decades, one that I end up joining for a brief period of time.
It will bring with it sorrow, whether it’s in the stories that people share, or the frustration and anger at still having to fight for the life that they deserve, at broken dreams and promises, at corrupt politicians, outside interferences, militias and extremists groups.
But it will equally bring with it moments of awe, sidesplitting laughter, and hilarious shenanigans in the most unexpected places. 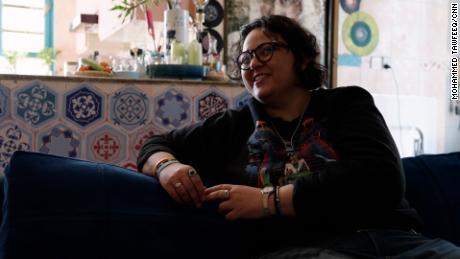 I remember being under siege by ISIS in Mosul in November 2016 along with the Iraqi special forces unit we were embedded with, giggling and cracking inappropriate jokes with the matriarch of the house as we huddled under a pile of blankets.
I remember the evening Iraq’s soccer team won the Asia Cup in 2007, and going on patrol with the US military in a neighborhood controlled by militias, being sprayed with silly string by individuals who on any other day would likely have been spraying bullets.
Iraqis cannot be put into neatly defined boxes — such as sect or ethnicity — that the US, Western powers and many expert analysts like to shove them into. They cannot be separated into black and white definitions, or even varying shades of gray.
They are a complex tapestry of a million colors, woven together in a design that is, in many ways, yet to be defined. And I know that if ordinary Iraqis were ever given the chance, a real chance, of building the country that so many of them dream of — that so many of them thought the fall of Saddam would bring — that design would be spectacular.

I love Baghdad. It’s the city where I feel most at home. I can’t quite explain it, perhaps it’s because it’s the place whose people, whose story — tragic as it is — has had the most influence on who I am today.