Several of those buses passed Romana Siddiqui’s home as she hustled her children out the door for school and handed out food and snacks for the day.
As stressful as the morning rush can be, many Canadian parents are grateful for it. Through a dangerous second wave of the pandemic, Canada has managed to keep most schools open, most of the time, even in its hardest-hit Covid-19 hot spots.
“I’ll be honest, I still sometimes am nervous about it,” says Siddiqui in an interview with CNN outside her children’s school, “But the quality of their learning, it’s by far better in class, you can’t compare virtual versus in class. So that learning was not happening really at home.” 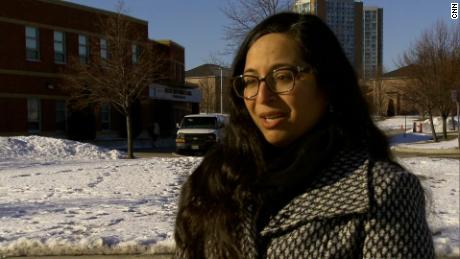 As early as last spring, and bolstered by medical experts, Canadian provinces and territories, who are responsible for education, tried to hold to the too often ignored axiom; schools should be the last to close, the first to reopen.
Read More
The result has been an uneven patchwork with some jurisdictions offering virtual options and in-person options, others imposing a hybrid model for older students.
Siddiqui’s 16-year-old son, Adam, the eldest of her 3 children, has had in-person learning this school year but is now virtual.
“For next year, I just hope that we’re back in-person,” says Adam describing a school experience that has been far from normal, whether in person or online.
Less than an hour’s drive from Mississauga, Mark Witter is doing his rounds during recess reminding kids to “stay in your zones.”
But except for the masks, even outside, the sights and sounds are remarkably comforting, kids reveling in the winter sunshine and clearly happy to be with friends at school. 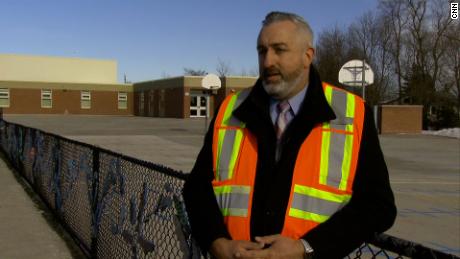 “I was very excited to have them come back. It was different though. We worked at building a lot of understanding with the students and the families and just explaining what our new routines were, but also trying to make sure that things were as typical as they could possibly be,” said Witter, the principal at St. Francis of Assisi Catholic Elementary School in Ontario’s Halton region.
The protocols adhere to guidelines set out by the provinces, school boards and local public health officials. Students in this Georgetown, Ontario, school are in cohorts for classes and recess, there is a detailed Covid-19 screening procedure for educators, students and visitors, and universal mask-wearing both inside and outside the school.
When classrooms around the country were set for mass reopenings last September, even Justin Trudeau, Canada’s prime minister, admitted it was a difficult decision for his family.
“We are looking at what the school’s plans are. We’re looking at class sizes. We’re looking at how the kids are feeling about wearing masks,” said Trudeau when asked during a news conference last summer adding, “Like so many parents, that’s something that we are in very active discussions on.”
Trudeau and his wife, Sophie Gregoire Trudeau did ultimately decide on in-person learning for their 3 children who attend public schools in the Ottawa area.
But the reality of keeping everyone in school and keeping the virus out proved challenging within weeks of the school reopening in September. 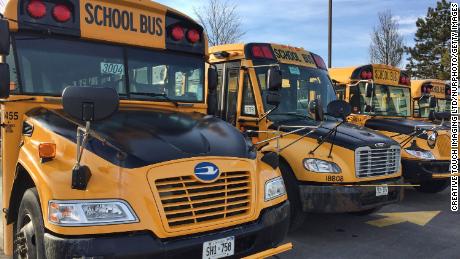 A Canadian court rules a mom can send her son to school despite his dad’s Covid-19 fears
Witter says 2 classrooms were sent home for two weeks of virtual learning and seven positive cases were identified. But the school remained open.
From British Columbia to Ontario and Quebec, Canada’s top provincial doctors have said that schools have not been a significant source of spread for the virus and that outbreaks in educational settings reflect the level of transmission in the wider community.
Witter also credits students with helping to keep schools open as they learn and adapt to the “science” that is now part of their daily curriculum.
“They keep their masks on, they follow the instruction of their teachers, they wash their hands. And so, it’s been really an enjoyable thing to see and just a heartwarming thing to see, that the students themselves have committed to the public health measures as well,” says Witter.
Almost universally, government and educational leaders have lauded teachers during this pandemic, many of whom have carried much of the burden for making sure students are safe, happy and still learning.
Armed with a face shield and mask and a seemingly unshakable spirit, Andrea O’Donnell organizes and cleans her kindergarten class at St. Francis of Assisi. She admits she herself was skeptical the safety protocols would work well enough to keep schools open. 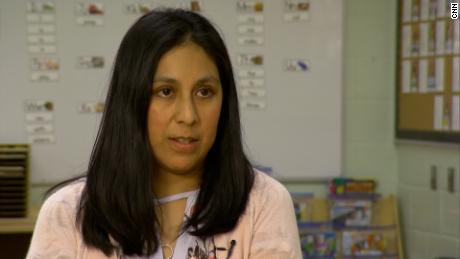 “How am I going to do this? How am I going keep those masks on all those little 4 and 5-year-olds? How are they going to be able to physically distance?” she says adding, “And then I thought, you know, we teach these kids, you know, I’m competent, capable. Yes, we can do it. And yes, we have done it.”
O’Donnell says her classroom, her school and her school board are “living proof” that keeping kids learning in person can be done and she adds, there are good reasons to try.
“Am I worried about getting Covid? Yeah,” she says, “I’d much rather be in the classroom. You know, I was really happy when we were allowed to come back. Just to see their faces again, it just, it just brings so much more joy to be with them.” 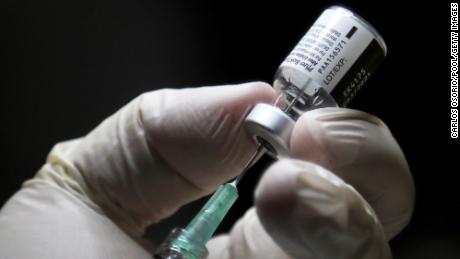 Canada’s vaccine rollout stalls, confining seniors to their homes for months to come
Canadian unions representing educators across the country have been vocal about demands for more PPE, smaller class sizes, more teachers and better ventilation for schools.
While the issues have been contentious, worst case scenarios of dangerous Covid-19 outbreaks in schools have largely been avoided.
“It’s a mixed bag. I mean, there have been certainly occasional closures and widespread closures. But you know, we absolutely agree with the perspective that schools, it should be a high priority to keep schools open,” said Harvey Bischof, president of the Ontario Secondary School Teachers’ Federation.
This collaborative approach to keeping schools open has been far from perfect, but compromise has been its hallmark through two deadly waves of the virus and lockdowns and closures.
“It’s been stressful, it’s been emotional at times. We’ve had to just realize that and let go of a lot of expectations,” says Siddiqui.

For one of Canada’s most densely populated communities, this Toronto suburb, locked down for weeks, was eerily quiet on a recent Friday morning. Except for the school buses.