The measures will start Saturday and last for at least a month, Macron said in a televised national address.
Under the “limited lockdown,” curfews will remain in place, domestic travel will be limited and people will be asked to work from home. Nurseries and primary and secondary schools will be closed for at least three weeks, Macron said.
The new variant first detected in the United Kingdom has created an “epidemic within an epidemic” and it is more contagious and deadly, he said.
Almost 44% of all Covid patients in intensive care units are under the age of 65, the President said. He insisted that France had made the “right choices” so far, but added that in the past few weeks the vaccine has “accelerated” and “things have changed.” 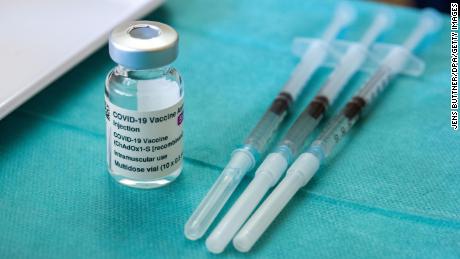 Germany will limit AstraZeneca vaccine to people over 60
Read More
Macron has faced growing criticism over his approach to the current Covid-19 surge. His administration has until now favored regional restrictions instead of the strict national lockdowns imposed in other European nations, against the advice of France’s scientific council.
In his televised address, Macron said France would be extending the regional “reinforced slow-down” restrictions, already in place in 19 areas of the country, to all of France. The new rules will last four weeks from Saturday.
“If we make this choice to extend them to the entire metropolitan territory, it is because no metropolitan area is now spared,” he said.
“These last weeks we are facing a new situation. We have entered a race of speed,” he added. “We must therefore set ourselves a new framework for the coming months,” Macron added.
The French president said schools would gradually reopen at the end on April for kindergartens and primary schools and from May 3 for middle and high schools.
Macron, who is up for reelection next year, had justified his regional strategy by saying the country needed to consider the impacts on mental health and the economy in devising a balanced response to the third wave.
But as of Tuesday, more than 28,000 people were being treated in hospital for Covid-19 in France, including 5,072 in intensive care units (ICU), according to French health ministry data. It’s the first time since April last year that ICU patient numbers have surpassed 5,000. 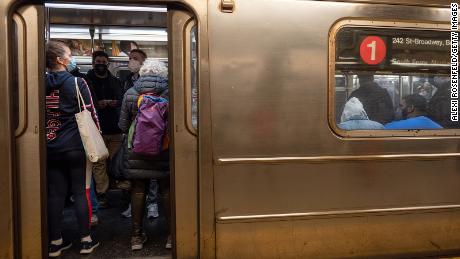 A dangerous coronavirus variant is wreaking havoc in parts of Europe. Experts fear US could be next
More than 40 ICU and emergency doctors in Paris published an op-ed Sunday in the newspaper Journal du Dimanche, warning that ICUs in the region would reach capacity in the next two weeks if restrictions were not tightened.
There are more than 1,500 patients in ICU in the Paris region alone.
The doctors wrote that they had “never experienced such a situation, even during the worst terrorist attacks in recent years,” and said there was a “glaring mismatch between needs and available resources,” in what they described as a “disaster.”
Much of Europe has struggled to contain a third wave of Covid-19, in part fueled by new variants that early studies suggest are more transmissible and possibly deadlier than previous ones. Like many European Union member countries, France has rolled out a sluggish vaccination program, as drug companies have fallen short on their delivery targets by tens of millions of vaccines.
Macron said last week that accelerating vaccination was a “national priority,” but he also admitted European nations had lacked “ambition” around vaccine procurement.
Veterinarians and dentists have been allowed to administer Covid-19 vaccines in the country since Friday in order to “speed up the campaign.” More than 7.5 million people in France, around 11% of its population, have received at least one shot of a two-dose regimen, government data shows.

CNN’s Martin Goillandeau and Lindsay Isaac contributed to this report.

French President Emmanuel Macron is expected to tighten coronavirus restrictions on Wednesday as case numbers and admissions to intensive care units soar across France, where the government has been resisting a third nationwide lockdown.