Tug boats had spent several hours on Monday working to free the bow of the massive vessel after dislodging the stern earlier in the day.
Marine traffic websites showed images of the ship away from the banks of the Suez Canal for the first time in seven days following an around-the-clock international effort to reopen the global shipping lane.
The successful refloating was met with triumph and relief, as hundreds of vessels that have been trapped since last Tuesday prepare to restart their journeys. 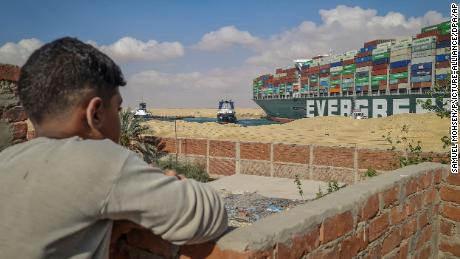 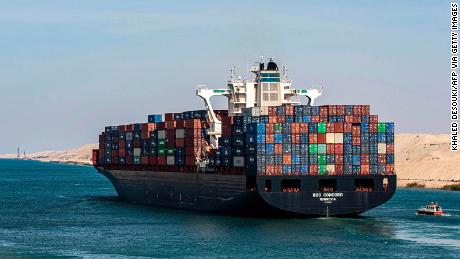 What it’s really like steering the world’s biggest ships
Promising signs first emerged earlier on Monday when the rear of the vessel was freed from one of the canal’s banks.
People at the canal cheered as news of Monday’s progress came in.
“Thank God the ship has floated,” one person could be heard saying in a video, as the surrounding boats blew their horns in celebration. “God is great. The ship has floated.”

CNN’s Tim Lister and Pamela Boykoff contributed to this report.

The Ever Given container ship has been dislodged and is now floating, after blocking the Suez Canal for almost a week, authorities said Monday.

Tigray could face famine without increased access to region, US aid...

Planning a trip? Here are the facts

Heroes of laziness, a Hamas supporter and David Hasselhoff. The stars...

Lost portrait by one of India’s most famous female artists resurfaces...