China’s top diplomat Yang Jiechi and State Councilor Wang Yi will meet with US Secretary of State Antony Blinken and National Security Advisor Jake Sullivan on Thursday and Friday in Anchorage, Alaska.
There is no public agenda for the event, but a spokesman for the US State Department said “a range of issues” would be discussed. “We will certainly not pull any punches in discussing our areas of disagreement,” State Department spokesman Ned Price said on March 11.
The summit follows a protracted deterioration in relations between Beijing and Washington under former US President Donald Trump, including the imposition of trade sanctions, mutual visa restrictions and technology bans.
Speaking Wednesday in Alaska, Cui Tiankai, China’s ambassador to the US, said the Chinese government didn’t “expect to solve all problems in one dialogue.”
Read More
“We don’t have high expectations or fantasy,” said Cui. “I think both sides attach great importance to it. We have done a lot in preparation in the past few days.” 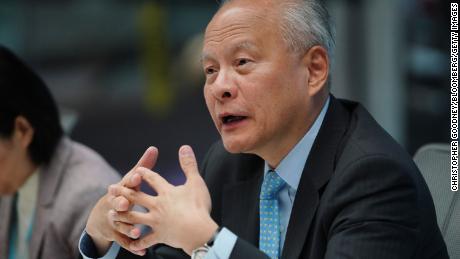 While the Chinese government has said it hoped the two countries could “meet halfway,” the White House has signaled it would likely continue the tough stance laid out by the previous administration.
Speaking in Japan Wednesday, Blinken accused China of using “coercion and aggression” to undermine human rights in Hong Kong and Xinjiang, and assert its claims to Taiwan and the South China Sea.
On the same day, the US announced a decision to sanction 24 Hong Kong and Chinese officials in response to new restrictions on democracy in Hong Kong that will further curb the right of people in the city to stand for election.
The Chinese Foreign Ministry said the country has taken countermeasures against the US decision. When asked if Beijing would take further action, Cui replied, “With the situation evolving, we will continue to do if necessary.”
Cui said in talks with the US representatives, China would not compromise on key issues related to the country’s sovereignty and territorial integrity. 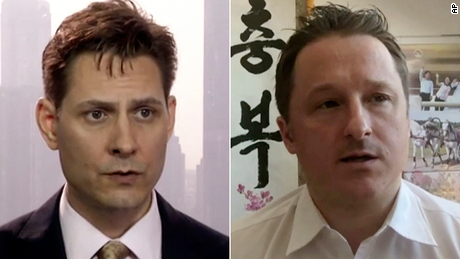 Court dates set for two Canadians detained in China on espionage charges
“The prerequisite for dialogue and communication between any countries is that both sides should have the spirit of equality and mutual respect,” he said.
“I hope both parties will come with sincerity and leave with a better understanding of each other.”
Thursday’s meeting between the two sides is due to take place at the same time as the trial of Canadian businessman Michael Spavor, who has been held in custody in China since December 2018.
Both Spavor and former Canadian diplomat Michael Kovrig have been charged by Beijing with spying, although their charges have been denounced by Ottawa as politically motivated.
Blinken has previously spoken out in support of the two Canadians, calling for them to be released “immediately and unconditionally.”

Beijing does not have “high expectations” for upcoming talks with the United States in Alaska, China’s ambassador to the US told reporters Wednesday, in what will be the first meeting of senior officials from both countries since US President Joe Biden took office.

A Liechtenstein prince is accused of killing one of Europe’s biggest...

South Africans get their tongues round Gqeberha, the new name for...

US and China deploy aircraft carriers in South China Sea as...

The brutal attacks in Mozambique are a ‘game-changer’ and imperil a...

Covid-19: Vaccines to be fast-tracked and decline in infections ‘slowing’