Thousands of protesters in towns and cities across the Southeast Asian nation have taken to the streets over the past four weeks. Security forces have opened live fire, used tear gas, flash bangs and stun grenades on demonstrators in recent days.
“Today was the bloodiest day since the coup happened,” Special Envoy Christine Schraner Burgener said, adding that the total death toll since February 1 was now 50.
Around 1,200 people have been detained, while many relatives are unsure where they are being held, Burgener said.
“Every tool available is needed now to stop this situation,” she said. “We need a unity of the international community, so it’s up to the member states to take the right measures.”
Read More 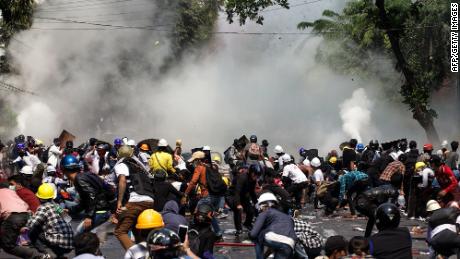 CNN reached out to the ruling military regime via email but has not yet received a response.
Protesters have for weeks been demanding the release of democratically elected officials, including the country’s leader, Aung San Suu Kyi, who are currently in detention. Suu Kyi’s National League for Democracy Party (NLD) won a landslide victory in November elections; military leaders allege voter fraud but have provided no proof for their claim.
World leaders have called for Myanmar’s elected leaders to be restored.
“The use of lethal force against peaceful protestors and arbitrary arrests is unacceptable,” read a Feb. 28 statement by UN Secretary General Antonio Guterres’ spokesman, which also urged the international community to “send a clear signal to the military that it must respect the will of the people of Myanmar as expressed through the election.”
A speech by Myanmar’s Ambassador to the UN Kyaw Moe Tun prompted rare applause last week, after he said that he represents the country’s civlian government and called on the international community to use “any means necessary” to help end the coup.
On Wednesday, a deputy ambassador from Myanmar, U Tin Maung Naing, resigned after military rulers named him to replace the outspoken Kyaw Moe Tun. 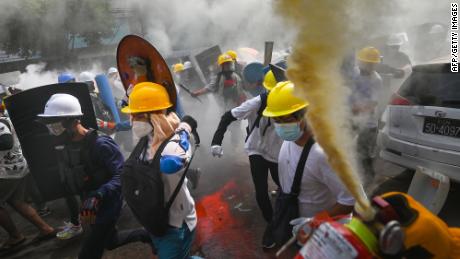 Pope Francis also weighed in on the deteriorating situation in Myanmar on Wednesday, appealing for the release of political prisoners in the country and for an end to the violence.
“I appeal also to the international community to act so that the aspirations of the people of Myanmar is not suppressed by violence. That the young people of that beloved land get the opportunity of hope in a future where hate and injustice be replaced by meeting and reconciliation,” he said during his weekly audience.

At least 38 people were killed at pro-democracy protests in Myanmar on Wednesday, the UN’s Special Envoy to the country told a briefing Wednesday, in the deadliest day of violence since a military coup on February 1.